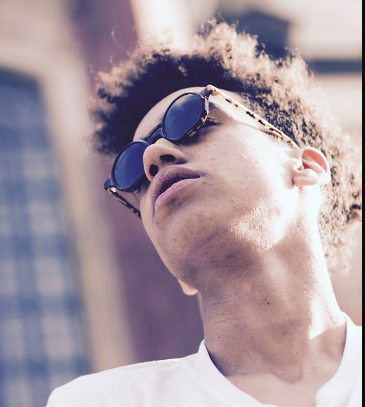 Just Out – “Elevating Ep” by WizTheMc

WizTheMc is a 17 year old Rapper, who was born in Cape Town, South Africa and now is based in Lüneburg, Germany.In Lüneburg aka. ''Salt City'', he is

WizTheMc is a 17 year old Rapper, who was born in Cape Town, South Africa and now is based in Lüneburg, Germany.
In Lüneburg aka. ”Salt City”, he is independently representing his own american-english rap style.

In August 2016, WizTheMc has published his first mixtape named “Painting a Picture”, which is available on iTunes, Spotify, Deezer and also on free portals such as YouTube and Audiomack.

Currently, WizTheMc on an album titled “Elevating Ep” which consist of 7 songs and will be featured here on our blog.

This a release  WizTheMc made 3 months ago which has climbed up to over a thousand views.  WizTheMc speaks of his hard work and how a lot of people got no idea about what he is up to as he puts his energy into it Monday to Friday.

WizTheMc speaks of the latest trend on social media where young people pull off stunts and do dumb things just to get rich and famous without even knowing the basics.