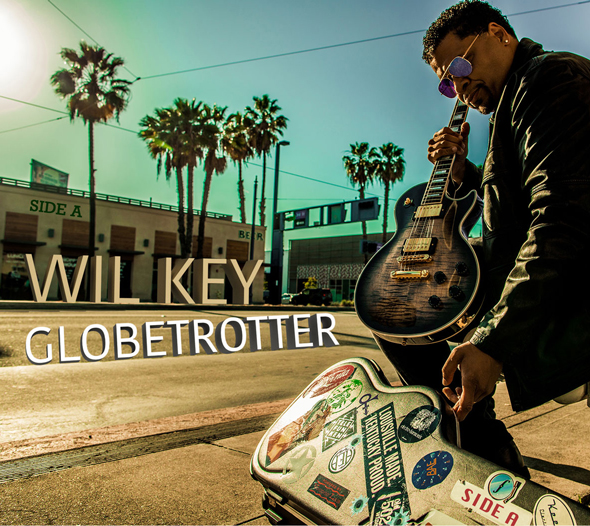 Wil Key Out With The Anticipated “Globetrotter: Side B” Project

Los Angeles-based singer-songwriter and multi-instrumentalist "Wil Key", is embarking on a twelve-country musical expedition to record the follow-up t

Los Angeles-based singer-songwriter and multi-instrumentalist “Wil Key”, is embarking on a twelve-country musical expedition to record the follow-up to his 2018 album entitled “Globetrotter: Side A” which made it onto the official Grammy ballet last year for Best Urban Contemporary Album and Best Traditional R&B performance. The Side A project was recorded in 11 different countries and features over 40 artists and musicians from around the globe.

Each song on this follow-up project, entitled “Globetrotter: Side B,” will be recorded in a different country beginning with a stop in London, England (UK) where the artist just recorded at SOUP Studios (East London) – one of the most unique recording studios in the world. The well-stocked facility is housed onboard Lightship 95 – a repurposed cargo ship moored and actively floating on the River Thames.

Recording for Side B continued in Paris, France at Studio Copella with Iranian-French Jazz artist, Ellene Masri – a soulful singer and poetic lyricist in her own rite. Wil has also enlisted the talents of Netherlands vocalist, Romy Dya (David Guetta, Martin Garrix), who just performed vocals on a brand new original song written by Key entitled “The Window.” The infectious, guitar-driven anthem is a stylistic departure for the artist and was inspired by Amsterdam’s infamous Red Light District.

Wil Key is phenominal. When he sings, you hear R.Kelly, Kenny Latimore, Brian McKnight, Jaheem, Maxwell and D’angelo all mixed into one voice. We got a chance to do an exclusive one on one interview with him and here’s what he had to say

My stage name is my real name (shortened)

Have been playing music my whole life, but started writing music about 12 years old
when my grandmother bought me a pawn shop guitar

Q: what genre would you consider yourself?

Q: Tell us about your latest track or Video ( what is it all about)–Please explain the concept or message

We just shot a video in London for my original song “Worldwide Symphony” which was also recorded there.

Q: Who wrote it and what was the inspiration behind it

I wrote the song for my current album project entitled “Globetrotter: Side B” and it is about uniting people across the world and coming together to stand against the negative events that are effecting us as humans on this planet – racism, sexism, homophobia, socio-economic bias, ageism …etc

Prince, if he were still alive. Joni Mitchell, Van Hunt, Hiatus Kioyote….so many!

Q: Where can fans find you?