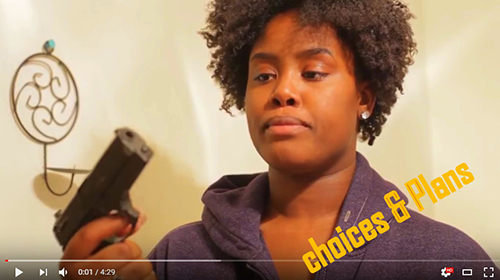 Kyra De'Nae was born in Glendora, California. As a little girl, she and her family moved to various places until they found their home in Southern CA.

Kyra De’Nae was born in Glendora, California. As a little girl, she and her family moved to various places until they found their home in Southern CA. 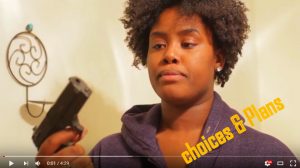 Her family has a passion and true appreciation for music. Her father, Pastor Thomas B. Ross, plays the piano, and her mother, Sharon Jackson, is a songstress in her own right. From a young age Kyra has had a close relationship with God.

She was born and raised in New Hope Church of God In Christ in Duarte, California. Although, Kyra’s relationship with God in her younger years positively influenced her to be a good girl growing up, when she became a teenager she struggled to stay in his will. Kyra expresses, “I went from the girl next door, to the girl in the streets”, reminiscing on being a 16-year-old teenager. Being a teenager was a challenge for Kyra as she battled against the lusts of the flesh. In front of her family she was still the same quiet and shy Kyra they all knew and loved, but she was no longer that little girl. Daily she struggled.

Choices and Plans deals with the conflict of two people considering the selfish benefits of abortion even though it conflicts with their faith. Kyra put on a very good acting performance in this video. One could belive that she was not just acting but simply showing us a real life experience. She also does a wonderful verse in the second part of the video right after Beleaf. The songs features King Dream emcee Beleaf Melanin and was produced Dav D Beats, and the video was directed by Chris Webb. Simpy great song, great artists, and great video!!