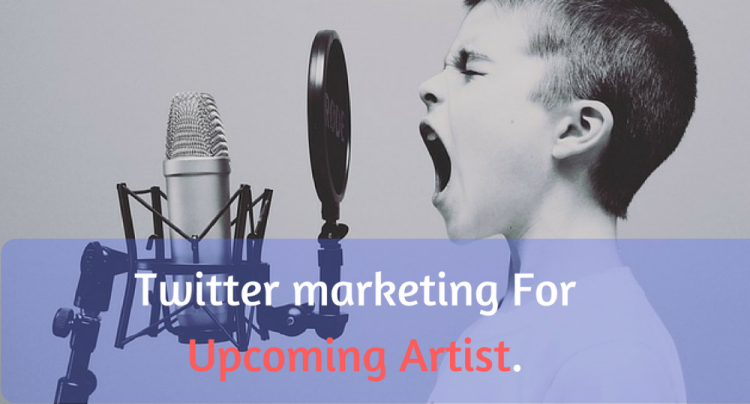 Twitter was given to us since 2006 and I often wonder what upcoming artist have been using it for. As a website which serves as a social network and o

2 Dumb Mistakes That Can Hurt Your Music Career.
How To Create A Powerful Online Fan Base: Tips For Upcoming Artist.
How To Release An Album That’ll Blow Fan’s Socks Off!

Twitter was given to us since 2006 and I often wonder what upcoming artist have been using it for. As a website which serves as a social network and online news platform, it has been used by most marketers. Twitter to a lot of online business users provides 40% of their traffic and sales referrals.

So, everyday business owners are tapping into connecting with interested communities and groups to sell their works but it all falls back on how effective it is used. Also, I look at a social media consultant hated by a lot and also loved by many too. He has a mad skill of converting every tweet to a referral link. I speak of Alexander James, pro blogger and an online marketer who successfully created 12 million tweet impressions in 3 months following a simple set of rules. Now, the thing about a lot of upcoming artists is that they underestimate the power of social media. Ruling out what it can do for them and their music.

Irrespective of what stage your music is right now. Social media will always have a big influence in it.

Taylor Hawkins, American rock drummer on an interview said
“At our shows, it’s mostly cash. Probably like an 80/20 split. But we get way more money overall via our digital avenues.”

Speaking of revenue allocations to artist’s pockets, you get it all to yourself. You don’t to pay for several charges and all the hassles. Back before social media, it has been extremely difficult for an unknown artist to connect with fans if not at shows and TV talks. With social media, several online artists have surfaced and have taken YouTube, iTunes, Soundcloud and other platforms as their only medium of selling their music and reaching out to their fans.

The social media really works great for an upcoming artist in the following ways:

Twitter has been widely used by a lot of upcoming artists but what you would be understanding here is HOW?.

Let’s talk about it.

We talk about twitter and how you can utilise it as an upcoming artist.

What Does Your Profile Say?

Currently, I get about 49 profile visits daily which is a 5.8% dropped but that’s not what am trying to say here. What I mean is that my profile and what I have said about myself has successfully been seen by seen by 49 people. So, consider what you put on your profile.

It is one good way of promoting your brand.

Below is a screenshot of some top unknown artist’s twitter profiles.

The below profiles are profiles of artists really taking their music online. Maybe you could learn something from this samples.

The above screenshots are randomly picked profiles of some artist sharing their music online and making the right use of their profile bio. You can get some tips from that.

Hashtags work great things and give your tweets more impressions. When I talk about impressions, I am talking about the number of people that have actually viewed your tweet.

A good impression means a higher chance of getting a lot of clicks on what you are trying to sell or get people to view. Hashtags were a brand new concept introduced back in 2007. When used properly, hashtags are a great way for individuals and brands to make their social posts more visible and increase engagement.

It can also be used to unite a conversation on Twitter. Like when hosting a Twitter chat, you introduce your own hashtags so all tweets with your custom hashtags get on one page.

So, with all I have said about hashtags, you should understand that when using hashtags it does have to relate with your tweet if you want to get more impressions. And if you haven’t been using hashtags as an upcoming artist when tweeting you are missing out on some benefits Twitter has to offer to you.

Recommended Hashtags upcoming artist can use in other to get more engagements and impressions.

The above-suggested hashtags are just a few you can use to get more tweet reach to the people who will actually care about your Music. There is always room for improvisation, you can create your own hashtags make it popular among your circle of followers, group members and fans. Tweet it consistently each time you tweet. It will boost your popularity.

I have been experimenting on my Twitter account using images in some tweets and no image in others just to see the outcome. Visuals speak way more than words, 65% of Twitter users respond to visuals. Listing from Gifs, Pictures and short videos while the rest 35% are in for short headlines. So, when you aim at creating more impressions on your tweets target 65% of the users and learn to keep it short and simple.

Tweets with images get 18% more clicks, 89% more favourites and 150% more re-tweets. Images paint a thousand words and you should meet some criteria in other to hit the jackpot.

A sample screenshot to show how images work magic on tweets. 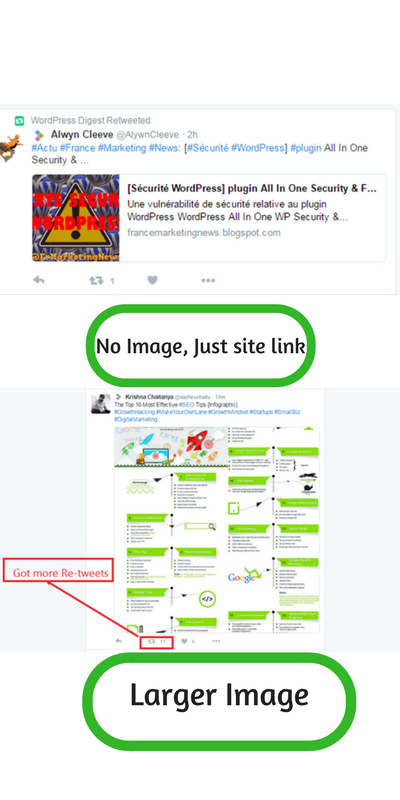 On Twitter, you have to understand what Tailored Interest means. Let’s say you buy 5,000 followers, people with random interest on twitter and a little possibility of a good amount being interested in music on their accounts. Your tweets will get little impressions irrespective of the number of followers you have. Also, remember that twitter ranks higher priority on tweets that are tailored to a user’s profile on their feeds.

So, if am buying a bunch of people who are mostly interested sports and I talk about My music, I stand a very poor chance of getting seen.

They key to successful Twitter marketing as an upcoming Artist.

I could go on and on about twitter marketing for an upcoming artist but I will leave all I have said so you put them to work. Do you have any other tactics you have been using? share it here so we know or better still what do you think upcoming artists need when it comes to social media marketing. I really want to know.