Flowing still out of the stereos and topping charts in almost every country. This year isn't an exception with songs like  In Case You Didn't Know by

Flowing still out of the stereos and topping charts in almost every country. This year isn’t an exception with songs like  In Case You Didn’t Know by Brett Young selling 9,000 copies that week and as well as topping the charts in over 4 countries. Country songs are bangers and should be on your playlist, below we will share Top 10 Hot Country Songs For August 2017.

As always, our ratings are based on each song’s performance on charts and air plays. Let’s get started!

You Look Good” is a song by American country music group Lady Antebellum and serves as the first single from the group’s seventh studio album, Heart Break (2017).  “You Look Good” debuted at number 27 on the Billboard Country Airplay chart dated February 4, 2017, as the week’s “hot shot debut.” It also debuted at number 41 on the magazine’s Hot Country Songs chart dated February 4, 2017.

“Do I Make You Wanna” is a song recorded by American country music artist Billy Currington.  The song has sold 124,000 copies in the US as of July 2017 and has topped the US Billboard Hot 100, US Country Airplay (Billboard) and US Hot Country Songs (Billboard) chart.

“Drinkin’ Problem” is the debut single of the American country music band Midland. The band members wrote the song with Josh Osborne and Shane McAnally, the latter of whom also produced it. The song has sold 190,000 copies in the United States as of July 2017.

“Small Town Boy” is a song recorded by American country music artist Dustin Lynch. It was released to country radio on February 17, 2017 as the second single from his upcoming third studio album. The song was written by Rhett Akins, Kyle Fishman and Ben Hayslip.

“Hurricane” is the debut single of American country music singer Luke Combs. The song was released through Columbia Records in 2016 after initially charting in 2015. It is included on his debut album This one for You.
“Hurricane” first charted in July 2015 due to strong sales on iTunes, and was officially sent to radio through Columbia Records Nashville in October 2016. It reached number one on the Country Airplay chart dated May 27, 2017, and remained there the following week, making Combs the first artist to chart a multi-week number one debut single since Florida Georgia Line’s “Cruise” spent three weeks at number one in December 2012, and the first solo male artist to do so since Darius Rucker’s “Don’t Think I Don’t Think About It” spent two weeks at number one in October 2008.

“My Girl” is a song by American country music singer Dylan Scott. It is included on his self-titled debut album and is his first number one hit on the Country Airplay chart. The song was certified Gold by the Recording Industry Association of America (RIAA) on June 20, 2017. It has sold 303,000 copies in the US as of July 2017.

In Case You Didn’t Know” is a song recorded by American country pop singer Brett Young and co-written by Young, Trent Tomlinson, Tyler Reeve, and Kyle Schlienger. Its official release to radio was on January 9, 2017, as the second single from his debut self-titled EP which had been released on February 12, 2016. The song first entered on Billboard’s Hot Country Songs chart at number 45 for the week of August 6, 2016 after it was featured on The Highway in July 2016, selling 9,000 copies that week. It also peaked at number two for thirteen consecutive weeks but was kept out of the top spot by “Body Like a Back Road” by Sam Hunt.

2. Old Dominion – “No Such Thing As A Broken Heart”

“Body Like a Back Road” is a song co-written and recorded by American country music singer Sam Hunt. It was released to country radio, by MCA Nashville on February 6, 2017 as the first single from his upcoming second studio album. In the US, the song reached number one on the Billboard Hot Country Songs chart and has stayed at that spot for 25 consecutive weeks, breaking the record set by “Cruise” by Florida Georgia Line for the most weeks atop the chart (24 weeks). It is Hunt’s longest chart-topping single, overtaking “Take Your Time”, which stayed on top of the Hot Country Songs chart for 11 weeks.

Check out the rundown of the top 10 songs of September 2017 that won the hearts of music listeners and lovers. These songs have become mainstream in A [...]
Read More
Peter Onunuagba 0 September 14, 2017 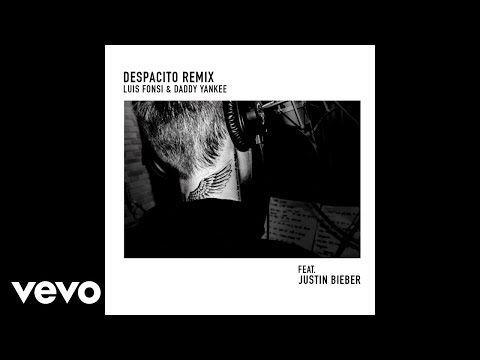 Despacito Is The UK’s biggest Song Of Summer 2017