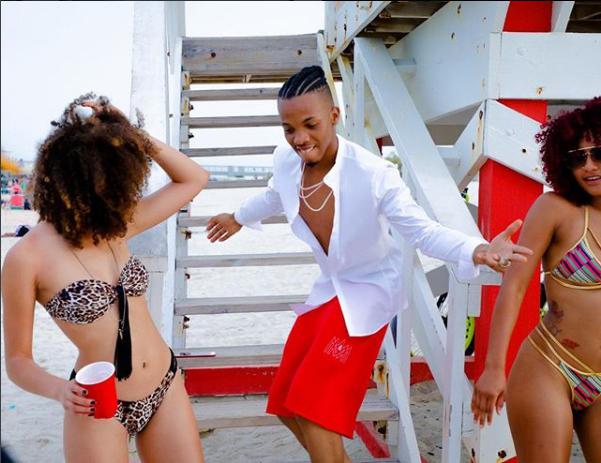 Even after Paul Akere has been found, Tekno still sharing money on Twitter

The Nigerian Superstar Tekno has been doing a lot of philanthropic work lately by sharing lots of money to his fans through his Twitter account. The P

The Nigerian Superstar Tekno has been doing a lot of philanthropic work lately by sharing lots of money to his fans through his Twitter account. The Pana crooner claims it’s just the kind of person he is and it will continue like that.

Still have 2m to give out! But it’s not like this is going to ever stop! Am always going to be here for my people

Tekno’s Twitter account has been buzzing with “Please bless me” message since last week as everyone just wants to have their own share of the Samantha Singer’s Generosity.

While others are showing their grievances claiming Tekno is only dashing out the money to people he knew directly. After The Nigerian star replied to a tweet by saying He only give out the money to known people.

It’s funny, my random pick fell on you… but I don’t know you.. let me look for some one I know https://t.co/aJ1YWuot7t

These all started when Tekno posted a message of his long lost friend he’s trying to locate named Paul Akere. claiming to give anyone that finds him a cash prize of 200,000 naira and a Million for his found friend.

His name is Paul Akere! we were good friends in secondary school; put the word out.. am looking for a way to contact him. 1m on him 200k u

Then a week after, a twitter user named Ya Salam happenes to find his family and later posted Paul Akere’s picture on Tekno’s wall.

This is his family! Pls try and reach him for me https://t.co/Ery81eS3Ez

This is his family! Pls try and reach him for me https://t.co/Ery81eS3Ez

However, even has this long lost friend was found, Tekno’s generosity became a path to philanthropy.

100k looking for an account to jump into! Maybe I should split it in two

Over the past few weeks, millions of naira have been dash out to fans on twitter. Even those that couldn’t get their share of Tekno’s generosity keep praying for him for his kindness.

The feeds are countless over the last 2 weeks, millions of people have been engaging Tekno’s twitter account and many have been blessed.

The question is if an artist who just came to lime light in the space of Three years could do this to make his fans happy, What are others doing?

Tekno is currently working on two new videos which are greatly anticipated by fans. He took to his Twitter account to announce this amid his money dashing spree.

One of the videos which is set to be released on Saturday night was posted by the artist on his twitter account and fans just can’t wait for AlhajiTekno to bring new vibes again.