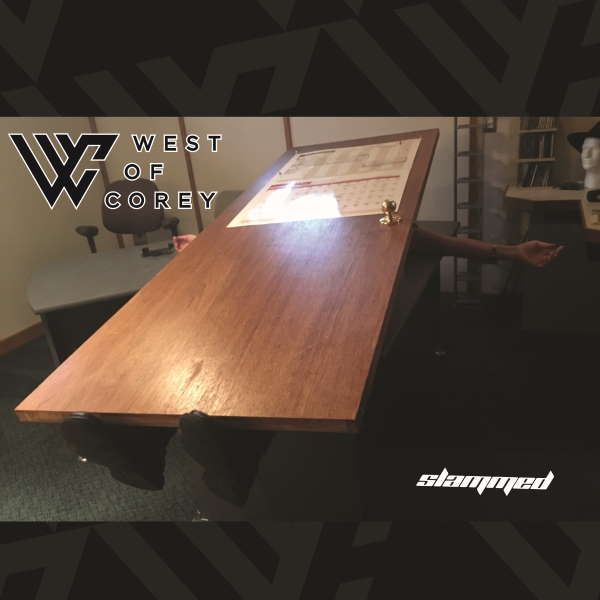 “the course of things to come” give credence to the popular idiom, as you lay your bed, so shall you lie on it.

West of Corey is a Minnesota band that specializes in rock and metal. The group consist of seasoned, tested and trusted musicians that bring their respective talents and specialty to bare upon forming the group.

Corey, the band dynamic lead guitarist, having 30+ years of experience under his belt is definitely a “no pushover” in the music business. He has over the course of time, mastered the use of acoustic and electric guitars in elevating the minds and soul of lovers of rock music. Having such influences from Dokken, Metallica, Van Halen and Stryper, Corey is madly innovative and always bring on his “A” game when performing.

James West Foster, the elder statesman is widely gifted in music and is a delight to watch whenever he plays bass. He has amassed under his belt, more than four decades of experience in the rock and roll scheme of things even as a bass player under different bands and is influenced by the golden age of progressive rock as well as Leo Kottke’s 12-string compositions. Pertaining to his multi- talented facets, he has been credited with over 150 songs that he wrote, thus lending credence to the saying “talent can be developed, gift is God-given. But artists have both”. His theme focuses on sexism sustainability among others while dishing out powerful vocals and enterprising lyrics.

Janine, the lead vocalist always have the propensity to blow your mind away whenever you listen to her voice. It picks you up, sets you and catapults you to a realm that is of orgasmic proportions. She started her own successful tribute/cover band in 2004 and has been described as a “big and bad mouth rocker chick”. She defines the blues that have been accentuated in the band’s work, bringing on a soft rock vibe.

In their new release, course of things to come, you notice a type of percussion instrument, particularly, the wind chimes. What is even more striking is the way the instrument is blended in the song with the rest of the instruments and lyrics giving it a euphoric vibe.

This effort “the course of things to come” give credence to the popular idiom, as you lay your bed, so shall you lie on it. On a personal level, it inspires me to work hard now and at all times to have a tomorrow I have always dreamed of.  This is about how the future depends on us. And how we are the consequence of our actions. We represents the products of our decision. This is reflected in the first verse, and the chorus in the lines

The course of things to come

Could bring us down

The course of things to come

Could bring us round.

This song is all encompassing and always a delight to listen to.