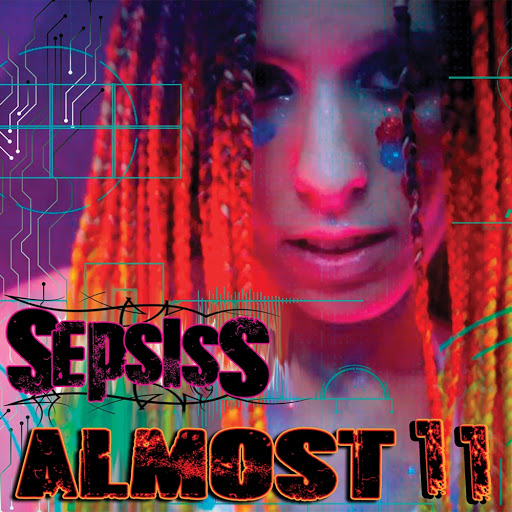 Sepsiss Almost 11 is solid and Metallic

Almost 11 is the first album of Sepsiss, a female fronted heavy metal band. Grammy nominated Glen Robinson mixed and mastered the album. The album has numerous good tracks, like Fair to Say, To Write Hate on His Arms, The Sky is Falling and Sweet Nothings among others.

In “Fair to Say”, Melissa Wolfe sings about a love interest making her stronger and unbreakable. She also sings about having intimacy with her love interest while elaborating on a number of things she loves about him. Melissa is also backed up by the suave vocals of William Savant.

In “To Write Hate on His Arms”, Melissa and William sing about the dilemma people face when they cannot continue to keep on in life especially when the people involved want a break to figure out what comes next. The battle is between good and evil. Rather than ending it all with suicide, they can keep pushing.

In “The Sky is Falling”, she reminisces about sweet memories once shared with a love interest who may be out of reach at that point in time while requesting for them to be the way they used to, noting that the well-being or welfare of the interest is paramount.

In “More Then Before” Melissa sings about falling in love and how she so much desires, more than ever before, to take her love interest home or anywhere the interest wants to go.

In “Sweet Nothings”, the desire to get intimate with her love interest is further reiterated while turning off the light as she encourages what she enjoys, the whispers of sweet nothings to her hearing. The other tracks, “Push” and “Eyes of Empathy” further demonstrates the artistry of Melissa, William Savant (her back up singer) and the rest of the band.

Almost 11 is hot, spicy, fresh, refreshing and contains a lot of other ingredient that makes it thick. It contains some explicit lyrics for parental control mode as well. Its roof top energy can set any building ablaze with its juicy, gun blazing and poppy drums. Its up tempo beats are endearing and inspiring and would have you shake your body in a rhythmic fashion. Its groovy flow is alluring and captivating. The powerful vocals of the lead and backup singers of the band are a perfect match despite singing in different musical voicing parts (more like female baritone and tenor).

Johnny Impact, Cam Loud, and William Savant, who also doubles as backup singers, put in an effective shift while serving as a reminder of the great Eddie Van Halem’s days. The crispy synths and Mr. GoodBarz’ keyboard are equally electric and while adding to the metallic vibe of the song. You can support them by clicking on the link below:
https://orcd.co/almost11