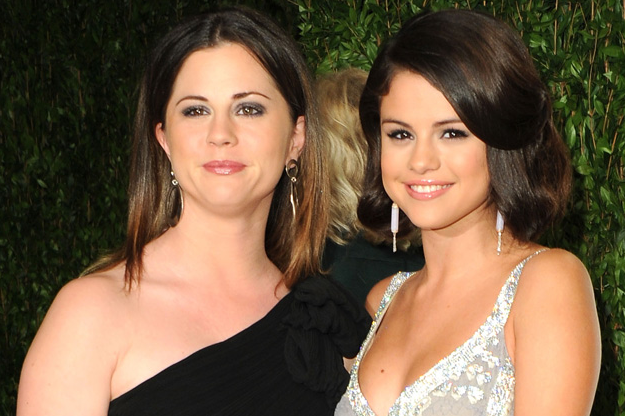 Selena Gomez's mother was "helpless and scared" when her superstar daughter underwent a kidney transplant.The 25-year-old singer had the operation ear

Selena Gomez Deletes Instagram After Hackers Post Nude Photos Of Ex Justin Bieber
Selena Gomez Reveals Her Bestie Gave Her The Ultimate Gift: A Kidney
Selena Gomez And The Weeknd Move In Together

Selena Gomez’s mother was “helpless and scared” when her superstar daughter underwent a kidney transplant.

The 25-year-old singer had the operation earlier this year (17) as part of her ongoing battle against autoimmune condition lupus, and told fans about the surgery in a heartfelt post thanking best friend and donor Francia Raisa last week.

Since her post, Selena has been supported by famous friends including Lady Gaga, Kesha and Nick Jonas, with her mother Mandy Teefey the latest to take to social media to reveal her feelings about her daughter’s surgery.

Sharing the same picture that Selena posted of herself in a hospital bed next to Francia, Mandy wrote: “The picture is one of the most breathtaking images that will live with me forever. For all those moments of not knowing if we were going up or down, I can always come back to this picture and know we can always make it back up. As a mother I was helpless, scared and all I could do was pray for both of them, Francia’s beautiful family.”

Mandy added that her determination to ensure the wellbeing of her little girl may have seen her blacklisted by the hospital.

“I am pretty sure I am banned from that hospital. Mama Bear was in high gear,” she admitted. “Selena gained a kidney, I was able to keep my little girl, but I also gained another daughter….thank you to everyone who was there for Sel, Francia and our families. We survived from all the love, prayers and God.”

“She gave me a big hug and said, ‘I don’t know what to say,’” Virginia Almendarez, told Telemundo’s Al Rojo Vivo on Friday.

Loading...
Newer Post
Taylor Swift Hit With Another Lawsuit Over Shake It Off
Older Post
Miley Cyrus Says She Have Too Much Living To Do Before She Gets Married