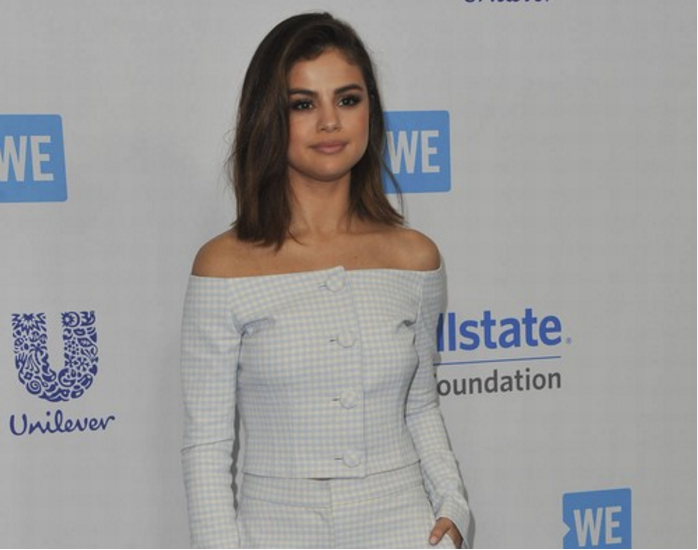 Selena Gomez was spotted whispering “I love you” to boyfriend The Weeknd as they made their red carpet debut as a couple at the Met Gala on Monday night (01May17).

The musicians have been dating since January (17) and their relationship appears to be going from strength to strength judging by their affectionate appearance at the event at the Metropolitan Museum of Art in New York.

According to video footage broadcast by E! News, Selena said the loving phrase to her boyfriend before leaning in for a kiss and they also held hands as they walked the red carpet.

This was despite the fact that their entrance came just moments before that of Yolanda Hadid, the mother of The Weeknd’s ex-girlfriend Bella Hadid, who was also in attendance at the event.

The outlet adds that Selena and The Weeknd did not interact with Yolanda, who attended the star-studded event alongside son Anwar.

Selena looked stunning in a plunging pale pink embellished gown by Coach for the occasion, while her beau, real name Abel Tesfaye, coordinated his tuxedo by wearing a brooch of a similar colour.

Inside the bash, Selena and her boyfriend may have crossed paths with Bella, who wore an eye-catching sheer Alexander Wang jumpsuit so tight that she had to be sewn into it.

The situation was vastly different from the year before, where Selena had flown solo and Bella and The Weeknd walked the red carpet together.

The theme of the 2017 event was aligned with the museum’s Costume Institute exhibition Rei Kawakubo / Comme des Garcons: Art of the In-Between.

Selena and The Weeknd weren’t the only couples to choose the Met Gala as the perfect place to make their red carpet debut as a couple. Jennifer Lopez and boyfriend Alex Rodriguez also walked the carpet together, with the On The Floor hitmaker looking stunning in her baby blue flowing gown.