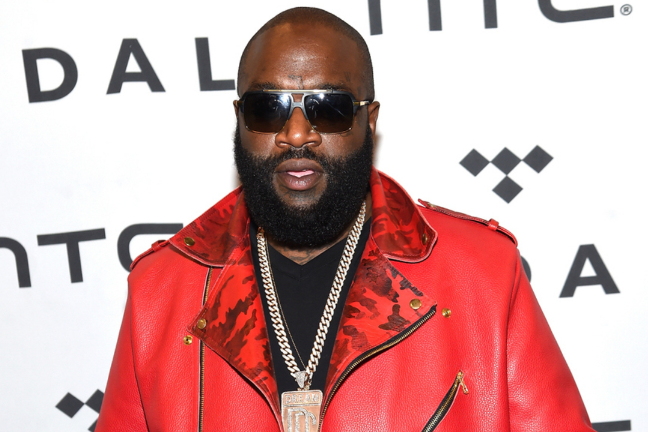 MP3 DOWNLOAD: 21 Savage – Bank Account
Why I Went For A Bigger Lips: Kylie Jenner reveals incident which motivated her to get bigger lips after she ‘didn’t feel desirable or pretty’
Herm D, The Red Hot Herm

Hip hop star Rick Ross has refused to sign a female artist to his Maybach Music Group label stating that it would cause him to lose focus on his business. Rick revealed that he has never tried to develop rising female artist as sex would always be on his mind if he found himself working alongside an attractive woman.

According to New York radio, he explained the absence of female talent at MMG  “You know, I never did it because I always thought that like, I would end up f**king the female rapper (and then) f**king the business up.

“I’m so focused on my business. I gotta be honest with you. You know, (if) she looking good and I’m spending so much money on the photo shoots… I gotta f**k a couple times.”

However, Ross admits it would be different if the musician was a young woman he had known as a youth, “If she was a youngster that I felt she was bringing something to the table that dope (I would be interested in signing her), you know what I’m saying…?” he added. “Just like it’s a female artist that I’ve watched her whole life in the same position was Brianna in Miami.”