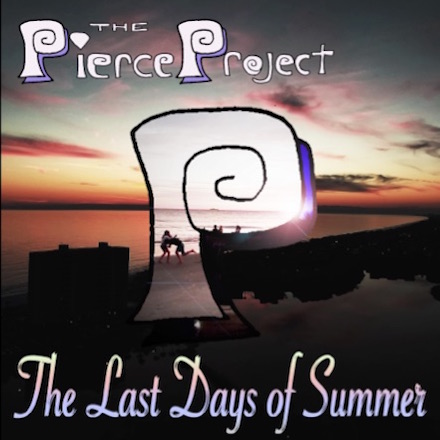 Review on “The Pierce Project ” Music – “Cry Me A River”

The Pierce Project is a musical group that include three brothers plus a dad (Joe, Jimmy, Luke and Nick Pierce). They are based in Miramar Beach, whi

The Pierce Project is a musical group that include three brothers plus a dad (Joe, Jimmy, Luke and Nick Pierce).

They are based in Miramar Beach, which is a CDP (census-designated place), in Walton County, Florida. This band was formed over a summer, where they had some exciting fun putting together a one day album where they had to finish writing the songs in one day.  Since they enjoy working together as a unit, they decided to expand it into a band. Though it has not been all rosy for them as they sometimes stay in different locations. To put that into perspective, they have their dad who is an inspirational figure for the group, travelling for work from time to time. However, they have a way of connecting on a musical level, to do songs which they enjoy always. Being different ages help them to experience relationships differently. They bring this to bear and to the fore when doing music. Notwithstanding the different sounds that they have, they share a love for and enjoy as a family, the 60s and 70s rock. They focus on indie rock and make retro rock sound cool.

In cry me a river, which is a song from the album “Last Days of Summer”, the band sings about how they become fed up with someone who they have been trying to correct, change and make behave the way they want, probably since their childhood days.  The person of interest who attributes this misbehavior partly, to coming from a dysfunctional system as seen in the lines

realizes this, becomes remorseful and begins to cry which does not elucidate any sympathy from them as they sing don’t cry me a river. This is captured in the lines

The sound is hypnotizing, as it maintains a mid-tempo beat and does not go a notch higher or lower, thereby plundering into a different realm of things, but it prefers to see through the normal paced euphony. Even though they are influenced and sound like the 60’s and 70’s rock heavy weights, they have “notoriously” carved out a niche for themselves with their musical style, thereby reinventing themselves in a way that makes it all,  too far appealing, to lovers of this genre and good music, in general.

This song has an organic sound that sets the pace for others to follow. You can’t but imagine that, with the way they reinvent themselves, they would last longer on the scene, bearing in my mind that it’s only a few, if any, family band, that has a huge staying power. This song is effervescently captivating, lively and  exuberantly brilliant. You can’t help but have the feeling of being crystallized in a new phase.

Find them by visiting the following links below

Loading...
Newer Post
Talking About “Course of Things to Come” by the Group “West of Corey”
Older Post
Review on “Norma Jeane” by Sensational Alisa Chirco