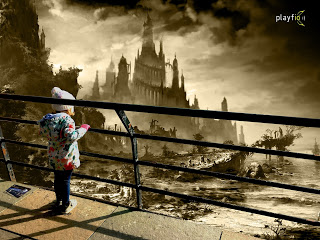 Playfio Takes Us Down Memory Lane in “Memory Sweeper”

“Memory Sweeper” by Playfio is a song that can be listened to at any time, especially, when you feel downhearted.

2. Meet Berlin Hot Graffidi with His Hot Rap Track; Live in the middle of life – rape against exclusion
A Beginner’s Guide For Buying Beats Online
Katrina Stuart -“Under My Skin” is definition of Talented Singing

“Memory Sweeper” by Playfio is a song that can be listened to at any time, especially, when you feel downhearted.

This song is an introspection of some regrets of your past that you quickly want to forget. It focus on things that were not pleasant in your past relationships and how to improve upon them because definitely as the cycle of life continues in the rising and in the setting of the sun, what you owe yourself the least is to make hay while it shines while looking at the future with great optimism.

The music video featured scenes from the short film titled “Picture Wheel” where in an alternate reality, memories are literally worn about one’s head, as a jilted lover wrestles with the image of his ex.

This is certainly a short that packs in an emotional punch and whose central message is unmistakable.

It begins by showing pictures of presumed lovers, locked in a side embrace and a separate picture of the female love interest while the protagonist, reminisces over the reminders of his past while lying on his bed with the picture wheel on his head. From the bed, his proceeds to the shower with same on his head. The next set of scenes show how he proceeds to his work and meets his other colleagues who are all held bound and captive by the memories they carry by way of the wheels they wear on their heads. Amidst all these, the protagonist longs and yearns for freedom which supposedly comes his way in the final analysis.

The production quality is high. The efforts put in certainly, paid off. The vocals are also a reflection of the main theme with a pitch that perfectly matches the totality of the instrumentals. The electric guitar sounds in the chorus are the highlights of this pop rock song. The beats sometimes are up tempo and sometimes, are slow, depending the flow of the music.

The song is an elegant concept of how people can break themselves free from the shackles of negative energies that abounds in life. It is a great song indeed. This song is also part of a number of pre-releases before the album (attached) release on 20.08.20.
You can reach the artist on www.playfio.com