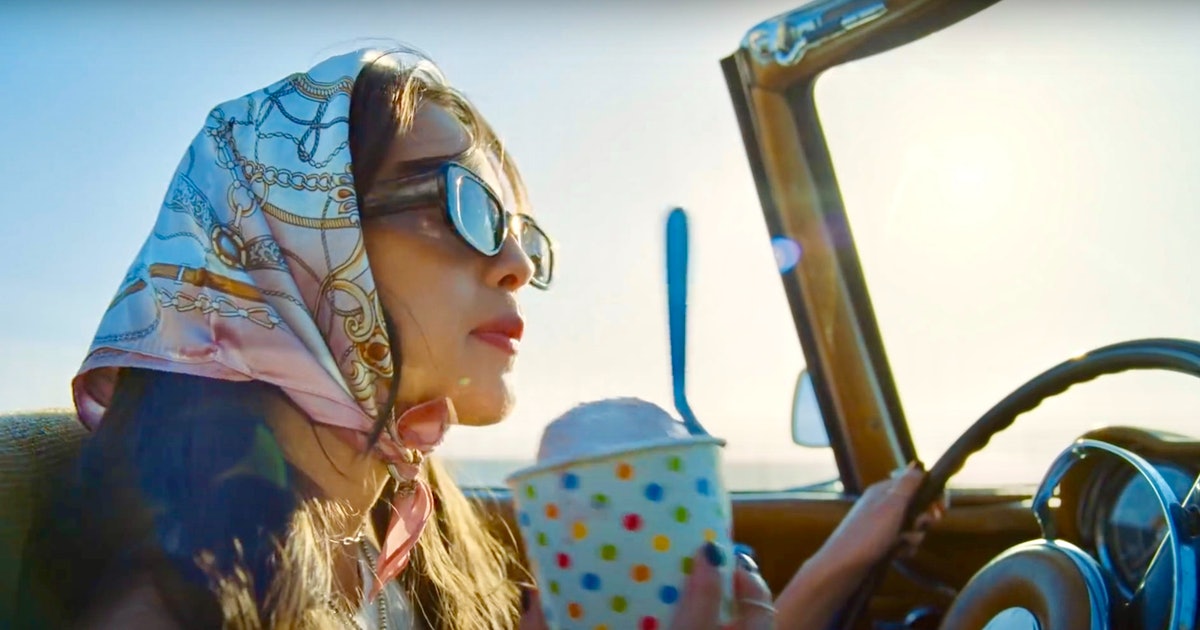 Remember Olivia Rodrigo? Yeah! She is back again with another hit track titled Deja Vu. Following the groundbreaking success of her debut single “Drivers Licence” Olivia Rodrigo has released another top song.

Remember Olivia Rodrigo? Yeah! She is back again with another hit track titled Deja Vu. Following the groundbreaking success of her debut single “Drivers Licence” on streaming platforms and music charts around the world, Olivia Rodrigo has released another top song. There are little deviations from her “Drivers License” hit to her latest hit “Deja Vu”. Many patterns in the video for Deja Vu reminisce some scenes in “Drivers License”, like driving a car at the beginning of the video and thinking about her ex. What is with Olivia Rodrigo and her ex?

First, it was Drivers Licence and all the breakup saga on the track. At a time Olivia Rodrigo admitted she had a painful breakup before the song was released. Now it is “Deja Vu,” and she is still talking about her ex. Olivia Rodrigo must have been left devastated about her previous relationship. There is no proof that she is traumatized from her previous relationship, but it is only a fact that you can only paint a vivid picture of what you have witnessed.

On the bright side, Olivia Rodrigo has been able to paint a melodious picture of heartbreak scenarios in two of her songs. Deja Vu debuted on the Billboard Hot 100 chart at number 8 while Drivers License topped the chart on its debut. With these achievements, Olivia Rodrigo became the first artist in history to have his/her first two songs debuted on the top 10.

Deja Vu was released on the 1st of April, 2021 by the artist’s label, Geffen and Interscope Records. Before the released date was announced, Olivia Rodrigo had deleted all her Instagram photos which kept fans guessing her next move. On wiping out her Instagram photos, she explained to fans that it was for the release of her new single Deja Vu.

Late in March 2021, Olivia Rodrigo started posting cryptic teasers of the song on all her social media accounts. On the 29th of March, she announced the name of the track and even posted the song’s artistic cover that same day. When she announced that the song would be released on April 1, 2021, she assured fans that it was not the April fool prank.

my new song deja vu is out Thursday at 9am pst. I promise it’s not an April fools joke lol. 🌈💜🦋https://t.co/lFVAcIrEMp pic.twitter.com/Hxi7iPJQg1

When Olivia Rodrigo teased the announcement of Deja Vu with three flickering clips of a melting ice cream cone, floating clouds, and a car speeding along the coast, fans may have wondered if the song would be similar to “Drivers License”. In an interview, Olivia Rodrigo told MTV News that the track was not like ‘Drivers License’ and that she was both excited and anxious about her fans seeing a different side of her artistry on it.

So far, Deja Vu has been lauded by fans, artists, and music analysts, with many calling Olivia Rodrigo the next pop music heavyweight. Deja Vu debuted at number 8 on the Billboard Hot 100 music chart, and it has been streamed over a million times.

Deja Vu hit track can be categorized as pop, Indie pop, alternative pop, and psychedelic pop song. The song was written by Olivia Rodrigo and Dan Nigro. While the latter was attributed to the song’s production, other important individuals like Randy Merrill and Mitch McCarthy who mastered and mixed the song respectively should also be noted.

On Deja Vu, Olivia Rodrigo recounts how her ex-lover’s current partner is feeling so special for all the things she’s getting. He’s doing the same things he did with her, according to Olivia Rodrigo, including driving up the California coast, swapping jackets, eating strawberry ice cream, listening to Billy Joel’s “Uptown Girl, and watching Glee reruns.” The overview of the song’s lyrics centers on heartbreak.

Furthermore, Olivia Rodrigo’s hit “Deja Vu” is composed of two verses, a pre-chorus, chorus, bridge, and an outro. See the lyrics below.

Laughin’ ’bout how small it looks on you

I bet she’s braggin’ to all her friends, sayin’ you’re so unique, hmm

So when you gonna tell her that we did that, too?

She thinks it’s special, but it’s all reused

That was our place, I found it first

Do you get déjà vu when she’s with you?

Do you get déjà vu, huh?

Do you call her, almost say my name?

’Cause let’s be honest, we kinda do sound the same

I hate to think that I was just your type

And I bet that she knows Billy Joel

’Cause you played her “Uptown Girl”

You’re singin’ it together

Now I bet you even tell her how you love her

In between the chorus and the verse (Ooh; I love you)

So when you gonna tell her that we did that, too?

She thinks it’s special, but it’s all reused

That was the show we talked about

Do you get déjà vu when she’s with you?

Do you get déjà vu?

Don’t act like we didn’t do that shit, too

(Yeah, everything is all reused)

Play her piano, but she doesn’t know (Oh, oh)

That I was the one who taught you Billy Joel (Oh)

A different girl now, but there’s nothing new

Olivia Rodrigo premiered her new single “Deja Vu” on YouTube and MTV before it was launched, and she confirmed that the music video for “Deja Vu” was filmed in Malibu. Allie Avital directed the video for the song. Talia Ryder was starred in the music video. Olivia Rodrigo’s first appearance in the video was in a car driving and eating ice cream as she approaches a building.

She looks through the window of the building and smiles at the girl inside, who is dressed in a green dress and seems to be reminiscing. Olivia Rodrigo stared at the lady for a while until she left for her convertible vintage Mercedes Benz parked outside. When she returned home, she changes into the exact green gown she saw earlier and enters a room with several TVs stacked on top of each other, all of which are playing videos of the girl she saw.

As Olivia Rodrigo rewinds the video, it shows her and not the other girl doing the same thing. When she eventually realizes that the girl is stealing all of her true memories, she smashes the televisions with a hammer. There’s just one TV left when she’s done, and it’s showing the other girl lip-syncing the words “I know you get Deja Vu.”

The ending scene is a repetition of the first scene, with the exception that the other girl is driving instead of Olivia Rodrigo. Since the premiere of the music video of Deja Vu, it has been view over 28 million times on YouTube. Watch the video of the song below.

Olivia Isabel Rodrigo is an American singer, songwriter, and actress. She was born on the 20th of February, 2003 in Temecula, California. The artist rose to prominence in acting before branching out to music where she broke a lot of music streaming records as a debutant.

After signing with Interscope and Geffen Records in 2020, she released her debut single “Drivers License,” which went to number one position on top music charts in several countries around the world, including the US.

Currently, Olivia Rodrigo is working on her debut album titled “Sour” which is due to be released in May 2021. So far she has only dropped two singles from that album, of which Déjà Vu is the latest of them. Click here to read about Olivia Rodrigo’s record-breaking debut track “Drivers License”.