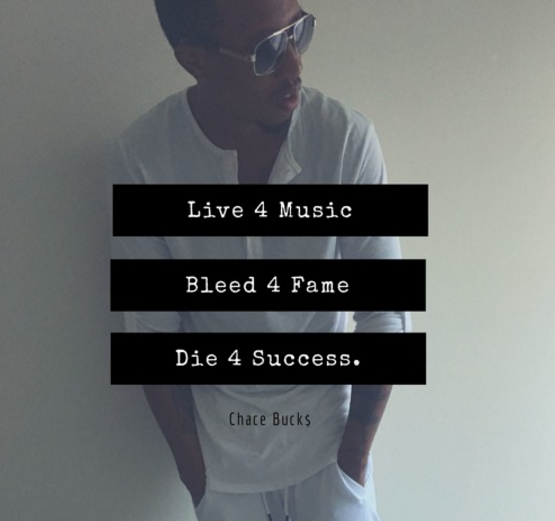 New York Artist Chace Bucks Has Something To Say

Hailing from Yonkers, the 29-year-old Hip pop artist reveals his style by sharing his creative works on his SoundCloud, iTunes and several artists pro

Music By LoopRat: Through the Gradient ft Tonina Saputo
14. TMV Countdown Show EP8- Jay Mizz With “We On” FT Chinski
10. Carissa Vales With The “City Lights”

Hailing from Yonkers, the 29-year-old Hip pop artist reveals his style by sharing his creative works on his SoundCloud, iTunes and several artists promotion sites you may know or not. Chace Bucks music is relating mixture of cool flows and realistic rap lines.

Starting music at an early age of 14, music has always been in his genes as Chace as he keeps an open mind to all genres of music by connecting to its lyrics. Chace is no stranger to the lime light.  His pairs,  who have worked professionally with New York photo studio , state that Chace is definitely an upcoming star to look out for.

Hnhh describe’s Chace Buck’s creations as that which has been developing since he stepped into the game. Copywriter, Patrick Lyons from Hnhh pins Chace’s attitude in the industry as that which is ready to rumble.

While getting ready to take centre stage and capture the attention of many music lovers in NY, Chace did also mention what he does in his spare time other than getting lyrically creative, He does appreciate the arts and that’s why the 29-year-old Hip pop artist does spend a lot of time visiting the museums and also keeping fit by engaging in several sporting activities.

Personally, listening to Chace’s previous works show cases so much hard work and improvisation and we will be bringing in more of him.  visit the New York photo studio for more upcoming shows with this Yonkers beloved son.