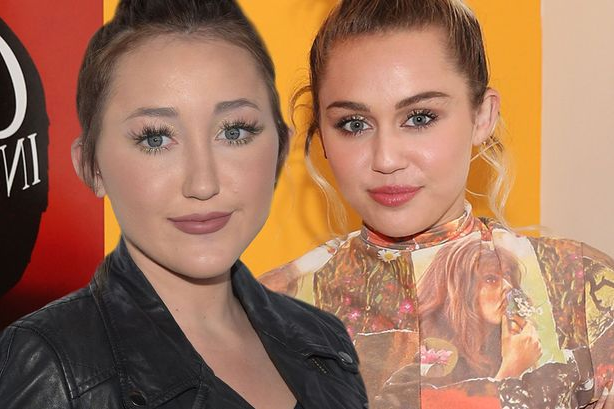 Miley Cyrus has revealed she wants to collaborate with sister According to Music News, Miley says she wants to work with Noah but that her younger sis

Miley Cyrus has revealed she wants to collaborate with sister

According to Music News, Miley says she wants to work with Noah but that her younger sister needs to start responding to her text messages before they can get together in the studio.

In an Ask Anything Chat with fans on YouTube the star was asked by a fan, “Can you text Noah and tell her that the two of you need to record a song together?”

She responded by agreeing a collaboration was a good idea, adding, “Yeah, I text Noah all the time, and she never texts me back.”

The 24-year-old pop star didn’t spare her sister in the candid chat, as she also revealed that when the pair performed together in Miami Beach last month, Noah spat in her mouth.

Miley said, “Being on stage with Noah was fun, we played with water guns, we kind of sang together, but afterwards she spits on me. She actually spits  in my mouth as I was speaking, so that wasn’t as fun.”

The singer did not specify whether Noah deliberately spat at her or whether the incident was an accident.

After working on other musical projects over the past few years, Miley released her first solo single since 2013, Malibu, in May. Noah’s debut album, titled NC-17, is due out later this year.