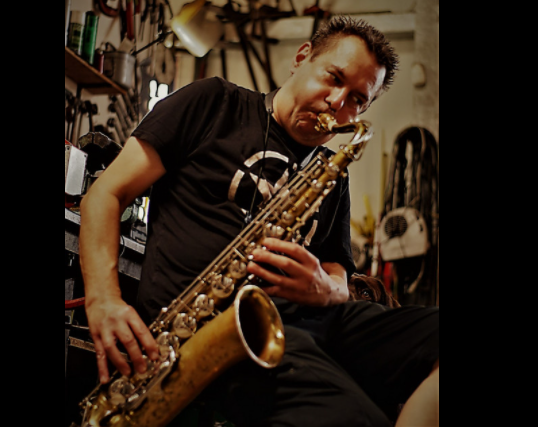 His music will remind you of great blues legends such as "the Blues Brothers", and "Eric Clapton".

Get To Know Multi-Instrumentalist “Tyler Paterson”
Review on “Break Me” By Hannan
Sanctuary : CRAWL’s new masterpiece

With over 80,000 plays on Spotify, 7 awards from the 39th German Rock and Pop Award in 2021, and a supporter of the homeless non-profit organization which helps homeless children and young people, Florian Döppert is out to not only make a name for himself but also out to change the world with his wonderful music and personality.

With his new song “Old and tired dog” SOUTHDOGROCK is out to pay tribute to the greatness of blues and blues rock. His music will remind you of great blues legends such as “the Blues Brothers”, and “Eric Clapton”.

After listening to this wonderful track, I couldnt help it but reminisce about the time I couldnt pay my rent and had to live in my car for months while attending Columbus state community college. The blues vocals, lyrics, sax, and keyboards reminded me so much of the Blues brothers track titled “everybody needs somebody” which was blasting all day in my car radio. I must say that Florian did a great job with “Old and tired dog”. He truly brought out the blues which were stuck in my memories.  No surprise as to why his music won 7 awards in different categories of the 39th German Rock and Pop Awards 2021.

Döppert’s SOUTHDOGROCK appeared with three songs: “Rote Rosen”, “Gemeinsam” and “Old and Tired Dog”. And the jury rewarded the musician with seven awards in the categories:

The soulfulness of his voice tells the emotional story of the tired old dog from the south who is just looking for a place to rest. Feel the groove of SOUTHDOGROCK`s new blues rock interpretation and find out why this old dog is so tired.