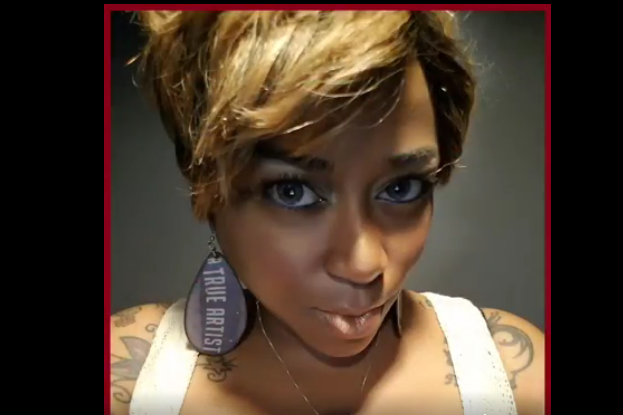 Chicago Poets Savant Furlow and Kai Love combine their talented poetic spirits together to form the new group known as Tumbleweed.Check out their late

Check out their latest collaboration,”Go Off” that speaks about police brutality in the United States as well as the deaths of Sandra Bland, Freddie Gray, Amadou Diallo, Laquan McDonald, and Philando Castile.

Q: Can you please tell our readers your real name as well as your stage name? A: Kai Love is her name James Tate Jr. also known as Savant Furlow

Q: How old are you? A: Savant is 43 and Kai is forty-something, lol

Q: Where are you from and Where were you born? A: Savant was born and raised in Chicago Illinois. Kai has lived internationally and domestically as a military/government brat, but makes her home now in Chicago. Q: At What age did you start making music? A: Savant originally started making loops when he was 12 years old. Kai has been writing poetry and songs as early as 4 years old. Q: What genre of music do you particularly love? Jazz? Hip-Hop? RnB? A: Savant really loves RnB music, but is a fan of any genre of music with super melodic heavy bass lines. Kai is more a neo-soul, jazz, and indie music fan. Acoustic music with beautiful lyrics is the blend that speaks most to her soul. Q: Who is your favorite artist and why? A: Prince Rogers Nelson is Savant’s favourite artist because he was a multitalented artist but he also dared to be different. He admired his confidence and courage to challenge the mainstream musical genre of the time. Kai is a big fan of both Nina Simone and Minnie Ripperton. Their lyrical content and uniqueness of voice tone are things she is most attracted to. Kai actually has a poem for each of them that uses their music as inspiration. Q: What are your hobbies? A: Savant likes to write poetry, play basketball, and watch movies. Kai is really into writing anything (poems, blogs, short stories, etc.) and loves listening to music. Kai also likes to make things (art, jewelry, etc.) and cook. Q: Where do you get your musical inspiration? A: Savant gets his inspiration from life experiences like relationships and things that reference love. Kai draws upon her personal life experiences, as well as 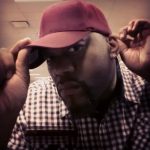 the experiences of the world. She is really into love stories and social justice issues. Q: Do you write your own music? A: Savant does not write music, but does write his own song lyrics and poems. Kai can read and write music as well as writes all of her own lyrics and poems. Q: If you were given a chance, which Artist would you love to perform with? A: Savant would love to perform with Janet Jackson. Kai would love to perform with either Erykah Badu or Stevie Wonder. Q: Feel free to tell our readers more about yourself and your music. Things like your goals in life, and what your current projects are?. And also let them know where they can get your music or where you will be performing soon or regularly…… A: Savant-Samples of his poetry and music can be found on YouTube, SoundCloud, and Reverb Nation. He is currently working on a new project as a member of the group Tumbleweed with Kai Love.

This will be Savant’s third project following his debut CD UNORTHODOX, followed by his second CD SOPHOMORE. If you are interested in obtaining copies of Savant’s work, please contact him via email at savantfurlow@gmail.com.

Also follow him on Facebook for updates on performances and appearances. Kai- Music and poetry are everything to Kai. She really desires the opportunity to be a full-time artist so she can create and share more of her art with the world. Currently, Savant Furlow and Kai Love are working on a joint project together under the group name of Tumbleweed.

More information can be found at www.wetumbleweed2.com. That project will be out in late 2017. Kai released her debut EP, Little Star, in March 2016, which is available on Spotify, Tidal, Soundcloud, Amazon, CD Baby, YouTube and on her website at www.kailovesu.com.

Kai performs regularly both domestically and internationally and those are promoted regularly at www.facebook.com/kailovesu, on Twitter @kailovesu, or on IG @kailovesu2. To contact Kai directly, please email kailovewriter@gmail.com.