Known as B3 Flex, Californian rap artist Anthony Hull. B3 Flex is a power house full creativity and inspiration while putting together freestyles and

SoulSonic’s New Single, Rise Is Revolutionary
Kerm Sends Diss Out To “Kid Cudi”
Project Housing By The Urban Cry Cries Out To You

Known as B3 Flex, Californian rap artist Anthony Hull. B3 Flex is a power house full creativity and inspiration while putting together freestyles and coming up with original verses.
B3 Flex was born October 2nd, 1993 in Compton California and has associated his major activities to making good music, football and also being full-time, he is fully committed. Inspired by Hip hop acts like Lil Boosie and Nba Young. B3 Flex described his inspirations as a force that keeps him inspired.

B3 Flex started rapping around the age of 13 and dropped his first mixtape titled “No days off”, but as soon as he turned 22, music seemed to become something he could dedicate his time to and make a career out of it. And so far, he has worked on several projects and currently handling new projects as well.
And to every story of struggle and that which is driven by passion, there are always life changing turns and Anthony’s story is no different. He came from a home where his father was in jail half of his life time so all he had was his mom and she was tryna give her kids the life they never had. Four sister and 5 brothers so, she mom struggle to make the best for them, but as Anthony got older he was tryna make music to feed his family but really didn’t have the money he needed to invest in his career so, felt like giving up but at the end kept pushing but was convicted when he turned 18 for gang enhancement and felon with a Firearm and did 2yrs for that. 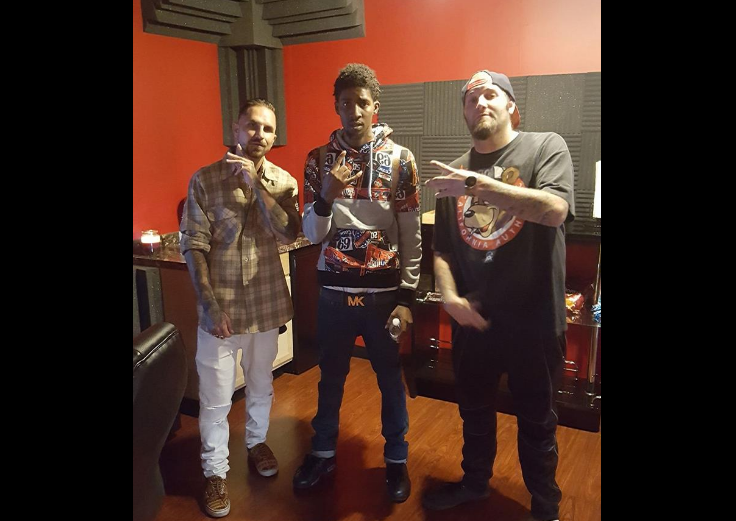 During this period, he fell back to his first love which has always been music. In a short questionnaire from us to B3 Flex, he spoke about that moment and him holding on to what he loved most saying:

So I started to freestyle and it sounds way better than what I wrote so, I said to myself ima just be the hardest freestyle king so when I was released in 2012 I heard about Lil snupe and he was the hottest freestyle king that was out and I started to play His songs every day and watch videos of him freestyle On stage with Meek Mill it showed me a lot and inspired me to go hard and stay positive and then I started going to the studio dropping songs back to back doing photo shoots and music videos.

One of B3 Flex most recent works is titled No Options, You can stream it on SoundCloud below.