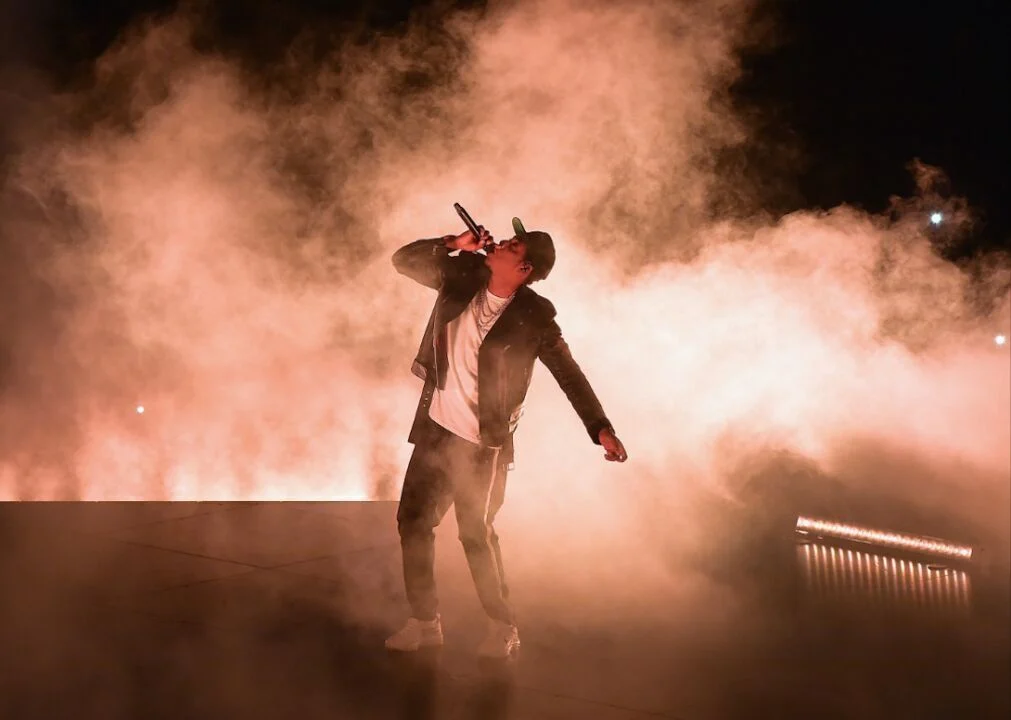 I will be surprised if you don’t know Lil Nas X by now because the lad doesn’t know how to stay away from the news. Montero (Call Me by Your Name) is the latest hit of Lil Nas X.

Kinesus’ “Your World”
13. Wow! What A Video By “Dear Criminals”
Ialreadyforgotwhoiam’s track “The Thrill” is dope level hypnotizing

I will be surprised if you don’t know Lil Nas X by now because the lad doesn’t know how to stay away from the news. Montero (Call Me by Your Name) is the latest hit of Lil Nas X. The song was first previewed in a Super bowl LV commercial in February 2021 and on March 26, 2021, Columbia Records released the track. Furthermore, the track is the title track for the artist’s upcoming professional debut album which is expected to be released somewhere in the middle of this year.

Lil Nas X has received critical review and controversial criticism since his leap into the musical limelight. From being a well-loved, popular, and trending teen to America’s next best upcoming artist who has left no stone unturned Lil Nas X is the news. When Lil Nas X released his first professional song “Old Town Road”, it became an instant hit, it even debuted as number 1 on the Billboard Hot 100. During that time the young rapper came out as gay, which stunned the world of music.

Everything from his music to his personal life has been top-notch. Musically, Lil Nas X has done well for himself, his first and only two professional singles so far have debuted at number 1 on the Billboard Hot 100 charts and he has won a host of top musical awards including the Grammys. On the other hand, his personal life has been received with bouts of criticism and mixed opinions.

Background of the track (Montero: Call Me By Your Name)

Montero (Call Me By Your Name) is Lil Nas X’s second professional musical single under the soon-to-be-launched Montero album. In a Twitter video on July 9, 2020, Lil Nas X played a snippet of the song (originally titled “Call Me by Your Name”), as well as in the background of some TikTok videos, including one addressed to American rapper 6ix9ine.

On February 2021, the track was used in a Logitech advert that aired during Super Bowl LV. Thereafter, its release date, and its artistic cover was revealed on Twitter in March 9, 2021. In a reinterpretation of Michelangelo’s The Creation of Adam, Spanish–Croatian artist Filip Ćustić designed the single cover, which features Lil Nas X as both Adam and God. The song’s title “Montero” was named after Lil Nas X (Montero Lamar Hill) and the subtitle was adopted from the movie “Call Me By Your Name”.

After the song’s premiere, André Aciman, the author of the novel “Call Me by Your Name”, from which the film was adapted, expressed gratitude and humility for Lil Nas X’s song of the same name. Lil Nas X later claimed that the film was one of the first queer films he had ever watched, feeling “very artsy” and encouraging him to write about the idea of calling someone by their name as lovers and wanting to hold things between you two.

“Montero (Call Me By Your Name)” can be categorized as a hip hop and electropop song featuring a syncopated guitar and handclaps. Lil Nas x, Denzel Baptiste, David Biral, and Omer Fedi wrote the track while Roy Lenzo and the song’s composers except for Lil Nas X collaborated to produce the hit song. On the “MONTERO (Call Me By Your Name)” hit track, Lil Nas X attempts to end pretending with his significant other and start acting like they’ve known each other for a long time.

The lyrics of the song featured Lil Nas X singing about a trip to Hawaii and includes the line “shoot a child in yo’ mouth while I’m ridin’,” which was meant to help break down the stigma surrounding gay sexual activities in music. Also, the lyrics provides a reference to the 19 weeks his first single “Old Town Road” spent atop the Billboard Hot 100 when he said “A dime and a nine, it was mine every week” on the seventh line in the second verse. Again, Lil Nas X took advantage of the lyrics to have an open discussion of the burden he feels representing the LGBT community (“A sign of the times every time that I speak”).

The song is made up of two verses, a pre-chorus, chorus, and post-chorus. see the lyrics below.

I caught it bad yesterday

You hit me with a call to your place

Ain’t been out in a while anyway

Was hopin’ I could catch you throwin’ smiles in my face

Romantic talkin’? You don’t even have to try

You’re cute enough to fuck with me tonight

Lookin’ at the table, all I see is weed and white

Baby, you livin’ the life, but nigga, you ain’t livin’ right

Cocaine and drinkin’ with your friends

You live in the dark, boy, I cannot pretend

I’m not fazed, only here to sin

If Eve ain’t in your garden, you know that you can

Call me in the morning, I’ll be on the way

Call me out by your name, I’ll be on the way like

I wanna sell what you’re buyin’

I wanna feel on your ass in Hawaii

I want that jet lag from fuckin’ and flyin’

Shoot a child in your mouth while I’m ridin’

A sign of the times every time that I speak

A dime and a nine, it was mine every week

What a time, an incline, God was shinin’ on me

Never want the niggas that’s in my league

I wanna fuck the ones I envy, I envy

Cocaine and drinkin’ with your friends

You live in the dark, boy, I cannot pretend

I’m not fazed, only here to sin

If Eve ain’t in your garden, you know that you can

Call me in the morning, I’ll be on the way

Call me out by your name, I’ll be on the way like

Tell me you love me in private

I do not care if you lyin’

Tanu Muino and Lil Nas X directed the music video for “Montero (Call Me by Your Name),” which was released alongside the song. Lil Nas X stars as a variety of characters in biblical and mythology-inspired scenes, which were shot over two days in February 2021. Muino who was working on Cardi B’s Up music video at the time she was contacted, expressed her excitement about the offer.

Dante’s Inferno and Hieronymus Bosch’s paintings, such as The Garden of Earthly Delights, a triptych portraying heavenly and hellish imagery, and the Last Judgment, inspired her. It was Muino’s first video as a co-director, and a portion of it was shot remotely through Zoom after she was wrongly diagnosed with COVID-19. Mathematic, a French animation studio based in Paris, created the visual effects for the music video in a seven-week process.

Features in the music video includes Lil Nas X makes out with himself in the Garden of Eden while playing both a snakeskin-wearing Eve and a humanoid serpent. Suddenly, he gets stoned to death at the Coliseum while wearing a Marie Antoinette-like wig and outfit and descends to hell on a stripper pole before performing a graphic lap dance to the devil while wearing only Calvin Klein boxers.

Montero Lamar Hill, better known by his stage name Lil Nas X, is an internet celebrity, rapper, musician, and songwriter from the United States. He was born in Lithia Springs, Georgia, on April 9, 1999. He rose to fame after the release of his first professional track “Old Town Road” in early 2019, which went viral on the social media app TikTok before climbing music charts around the world.

Reports gotten from NME accounts that Lil Nas X’s latest hit “Montero (Call Me By Your Name)” was briefly taken down from all streaming platforms yesterday (April 13), however, it has been restored. The rapper asked fans to verify if the song was still available for streaming on Apple Music in their respective nations in a series of tweets yesterday.

Lil Nas X then retweeted replies from fans who were unable to listen to the song due to technical difficulties. In one tweet, he wrote, “Not even joking.” He went further to tell fans to stream “call me by your name” as much as they can today (April 14) because it may no longer be available tomorrow, and there is nothing he can do about it.

not even joking. everybody stream call me by your name hard today because it may no longer be available tomorrow and there’s nothing i can really do about it. thanks for all the support tho! 🤍

The explanation for the track’s disappearance from streaming platforms is unknown. No one is sure if they can actually stream the song tomorrow or if this whole charade is a ploy from Lil Nas X to gain more publicity or streaming of the track.

Tell us what you think about this Lil Nas X.

Loading...
Newer Post
Polo G is a Rap star: His latest hit “Rapstar” will blow your mind
Older Post
NK to the world: An Interview with Topafricmusicvideo