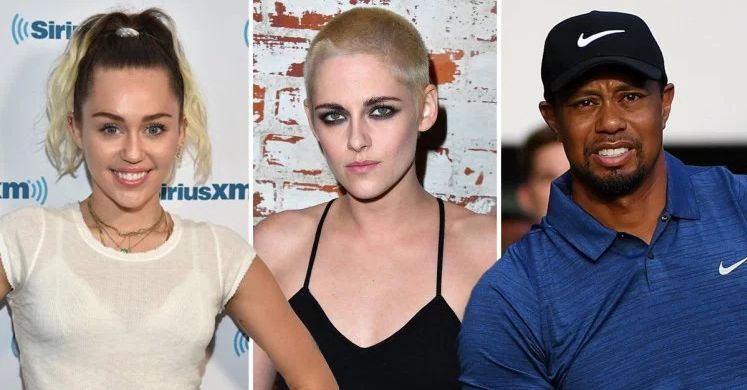 Nude photo of stars including Kristen Stewart and Miley Cyrus have been leaked online. The Twilight star and the Wrecking Ball singer were targeted by

Nude photo of stars including Kristen Stewart and Miley Cyrus have been leaked online.

The Twilight star and the Wrecking Ball singer were targeted by hackers who then shared the nude photo with website Celeb Jihad. Along with the nude snaps of Kristen and Miley, the outlet also published graphic selfies of Katharine McPhee, Stella Maxwell and Tiger Woods and his ex-girlfriend Lindsey Vonn.

According to TMZ.com, Tiger has already enlisted the help of attorney Michael Holtz, who has fired off a threatening letter to Celeb Jihad warning there will be drastic consequences if the images are not removed immediately. Katharine’s lawyer is said to have penned a similar letter to the outlet, while the other stars targeted are expected to follow suit in the next few hours.

While the majority of the pictures are thought to have been hacked from the stars phones, the images of Tiger were taken from ex Lindsey’s phone.

The Olympic skier’s spokesperson told People.com that Lindsey has been left devastated by the release of intimate pictures taken of herself and Tiger while they were dating several years ago.

“It is an outrageous and despicable invasion of privacy for anyone to steal and illegally publish private intimate photos,” the representative said in a statement. “Lindsey will take all necessary and appropriate legal action to protect and enforce her rights and interests. She believes the individuals responsible for hacking her private photos as well as the websites that encourage this detestable conduct should be prosecuted to the fullest extent under the law.”

The latest images follow the iCloud hacking scandal, which began in 2014 when Ryan Collins hacked into the electronic accounts of over 30 celebrities and stole nude photo of stars including Jennifer Lawrence.

In October (16), Collins was sentenced to 18 months in federal prison.