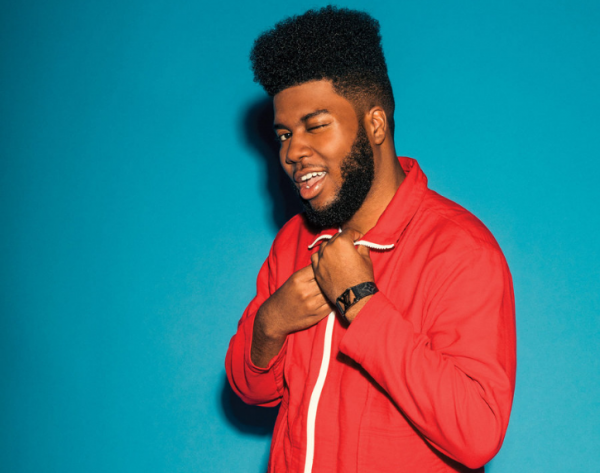 Who Is Khalid? Here Is What You Need To Know

Get acquainted with KhalidKhalid Robinson born on February 11, 1998, his name is pronounced as "Kuh-leed", not kah-leed, he is an American singer and

Get acquainted with Khalid

Khalid Robinson born on February 11, 1998, his name is pronounced as “Kuh-leed”, not kah-leed, he is an American singer and songwriter from El Paso, Texas. He is signed to Right Hand Music Group and RCA Records. He is best known for his debut single, “Location”.

He’s a military kid, raised by a single mother

Khalid’s mother Linda Wolfe worked in the military as a supply technician for over 10 years, eventually earned a prestigious opportunity to sing in the US Army Band but rejected a chance for a music career so she could have a stable job in the army and provide for Khalid as a single mother.

He spent several years living in Germany and New York

Khalid spent part of his childhood in a variety of locations including Fort Campbell in Kentucky, Fort Drum in Watertown, New York, and six years in Heidelberg, Germany. When asked about his frequent moves, Khalid told Sway that they “gave him a sense of maturity. I really had to accept at an early age that friendships don’t last forever. Moments don’t last forever, and memories are memories.

His mum is one of his biggest musical inspirations

Khalid proudly states that his mother is one of his favourite singers by far.

His breakout single “Location” scored him his first platinum

“Location” is Khalid’s biggest track so far, not only did it land Khalid his first platinum it also had amazingly Youtube view count of 75,172,446.  The song was produced by Syk Sense, Tunji Ige and Smash David.

While talking about the song in an interview with Pigeons & Planes, Khalid expressed his passion of the song’s beat:

“Location” is a song that came to me out of no where. From the first time I heard the beat play, the words flew out. Hearing the chords instantly took me the first stage of a relationship. Young love, man. It’s a crazy thing. I first started making music in the winter of 2015 so this is one of my most developed songs so far.”

Watch the video below

My first platinum single, man I can’t even process this right now. Thank you to everyone who helped make this happen, love you guys 😭 Dreams are becoming reality 💫

“I’m an eighteen-year-old American Teen,” Khalid told Pigeons and Planes. “Being military, being black, all of that is what America is all about right now. It should be about diversity…It can hit the masses…At the same time, everybody is going through the same type of stuff. We’re all going through heartbreak, we’re all going through happiness. It’s really just a compilation of all the stories that I have.”

Get his songs here……