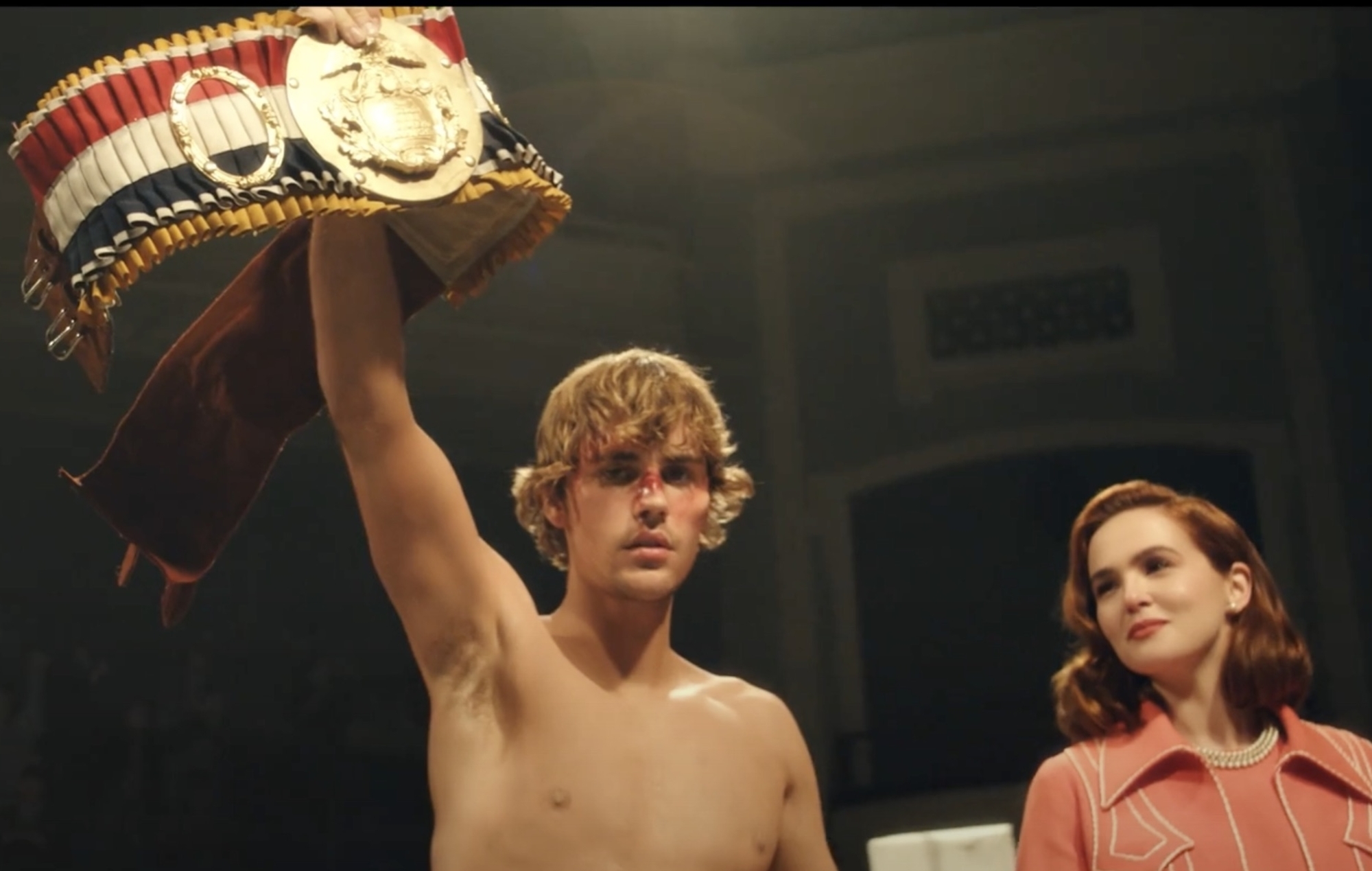 Justin Bieber needs no introduction from “Anyone”

Everything “Anyone” has to say speaks volumes of the ingenuity of Justin Bieber. From the day the song was recorded by Justin Bieber, each time-lapse to its release date has been epic.

Justin Bieber is not your regular average pop artist. This gentleman is a star and does not need any introduction or credit from anyone. “Anyone” is Justin Bieber’s third single release from his latest studio album “Justice”. All good things take time and Justin’s hit song is not an exception. On April 10, 2020, the pop star announced that he has recorded the track “Anyone”.

After much anticipation, the hit song was finally released along with its video on January 1, 2021. So far, “Anyone” has received over 60million views on YouTube and peaked at number 6 on the Billboard hot 100 charts. Everything “Anyone” has to say speaks volumes of the ingenuity of Justin Bieber. From the day the song was recorded to the time it was released, each time-lapse has been epic.

Releasing the song on the very first day of a new year after a torrid, Covid19-hit 2020 wouldn’t have come at a better time when the world is trying to recuperate and feel loved again.

Background of the song

Since Justin Bieber announced on Instagram live that he has recorded a new track titled “Anyone”, fans around the world were eagerly anticipating its release. It took eight months (December 30, 2020) to elapse before Justin Bieber officially announced on his Twitter handle that the song would be released on New Year’s Day (January 1, 2021).

He went further to announce to his 113.5m followers on Twitter handle that he will be performing the song in his latest concert scheduled for the next day. On New Year’s Eve (2020), Justin Bieber through his Twitter handle unveiled the cover art alongside a 15seconds trailer video of the track.

The composition and genre

Justin Bieber’s hit track “Anyone” is an anthemic pop track spiced with rhythmic beat and pulse in conjunction with the artist’s melodious vocal. Bieber had this to say about the song: “Anyone is such a special, hopeful, anthemic song. It sets the tone for a brighter new year full of hope and possibility“. The length of the track is 3.10minutes long and it is basically a love song. Rumors have it that Justin Bieber composed and dedicated the song to his better half, Hailey Baldwin.

The lyrics of the track are partitioned into 2verses, a pre-chorus, chorus, and a bridge. The lyrics of “Anyone” can be found below;

Dance with me under the diamonds

Sleep with me here in the silence

Come kiss me, silver and gold

You say that I won’t lose you, but you can’t predict the future

So just hold on like you will never let go

Yeah, if you ever move on without me

I need to make sure you know that

Lookin’ back on my life, you’re the only good I’ve ever done (Ever done)

Forever’s not enough time to (Oh)

‘Cause every mornin’, I’ll find you (Oh)

I fear the day that I don’t

You say that I won’t lose you, but you can’t predict the future

‘Cause certain things are out of our control

Yeah, if you ever move on without me

I need to make sure you know that

If it’s not you, it’s not anyone

Lookin’ back on my life, you’re the only good I’ve ever done (Ever done, oh, yeah)

The video was premiered on the first of January, 2021 and it has been viewed over 62million times on YouTube. In the Colin Tilley-directed video, Justin Bieber was featured in Rocky-Esque boxing mode, hopping, running, drinking raw eggs, and beating up boxing opponents. American actress Zoey Deutch was starred in the video and she played the role of the popstar’s lover.

The tail end of the video was capped by a massive fight in which Justin Bieber almost lost by a knockout, but through his love for his other half, he bounced back in record time to eventually win the fight and become champion.

Trying to relate the storyline in the music video to life contemporary, Justin Bieber revealed in a news release posted by Billboard, that celebrating with fans and sharing his new music was the best way to have ended the year. He went further to confess that music has seen him all through so much this year (2020), personally, it has been transformative and healing.

The singles “Holy” (featuring Chance The Rapper), “Anyone”, “Lonely” (featuring Benny Blanco), and “Hold On” were released before Justice, with the first two hitting the top 10 on the Billboard Hot 100 chart while “Lonely” and ”Hold On” reached the top 30. Justice received mostly favorable reviews from critics, with some even proclaiming it to be Justin Bieber’s best album. The majority of reviewers appreciated Justin Bieber’s vocal output in particular.

Justin Drew Bieber is a Canadian singer-songwriter and multi-instrumentalist who was born on March 1, 1994. In 2008, Bieber signed with RBMG Records. Justin Bieber became the first artist to have seven songs from a debut album chart on the Billboard Hot 100 with his debut EP My World, released in late 2009.

Bieber’s debut studio album, My World 2.0 (2010), was released when he was 16 years old and featured the hit single “Baby.” The album debuted at number one on the Billboard 200 in the United States, making Bieber the youngest solo male artist to do so in 47 years. Under the Mistletoe (2011) was Bieber’s next release, and it was the first Christmas album by a male artist to debut at number one on the Billboard 200.

Justin Bieber’s sound transformed into R&B and hip hop in the years following the release of Believe (2012).  In 2015, Bieber released “Where Are Ü Now,” a collaboration with Diplo and Skrillex that marked the start of a new period in his career as he moved into EDM. He won a Grammy for Best Dance Recording for the song.

“Purpose”, Bieber’s fourth studio album, was released in late 2015 and became his most commercially successful album. Bieber is one of the best-selling musicians in the world, with over 150 million albums sold. He’s won a slew of awards, including two Grammy Awards.