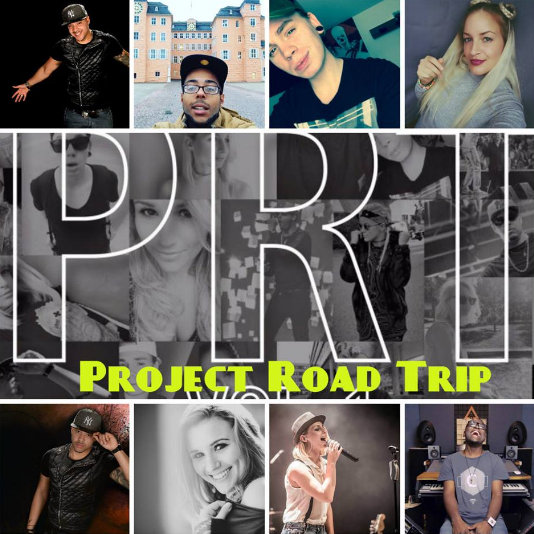 We have been following up on the current ongoing Project Road Trip Vol. 1. And so far, it has been a wonderful movement started by Jesse JL a German i

Young & Reckless Album By Uptown Geo Droping on December 31st. 2018
AnnMarie Fox Has A Lot Of Love To Give
Chrys No i – “Dream Of” Becoming A Hit On Youtube

We have been following up on the current ongoing Project Road Trip Vol. 1. And so far, it has been a wonderful movement started by Jesse JL a German independent artist who found his passion from an early age and now he is out here promoting live music with other independent artists from various location and with a different approach to music.

So, just right after the release of PRT on Cds. Jesse was featured on Morissa Schwartz’s podcast interview on SoundCloud.

Jesse JL speaks of his bedrock and where it all started for him as an independent artist. PRT is a Jesse JL’s creation as he describes, he views it as his own creation to bring out himself.

On the PRT, Jesse tags his choices as that which puts him in the position of putting his feet on the edge and this means trying out all types of music on his ongoing Project Road Trip.

On the PRT music release, Jesse and his team created 6 songs which contains pretty much has every genre of music in them.

So far, it has been a full combo of Acoustic RnB, Jazz, Hip-Pop, Funk, dancehall and classical which really makes it amazing.

PRT so far has been an amazing reality to numerous of followers who are keeping up with it and being single-handedly sponsored by Jesse JL, you can only expect so much energy and reality from every piece put together.

You can listen to the 22 minutes podcast below.