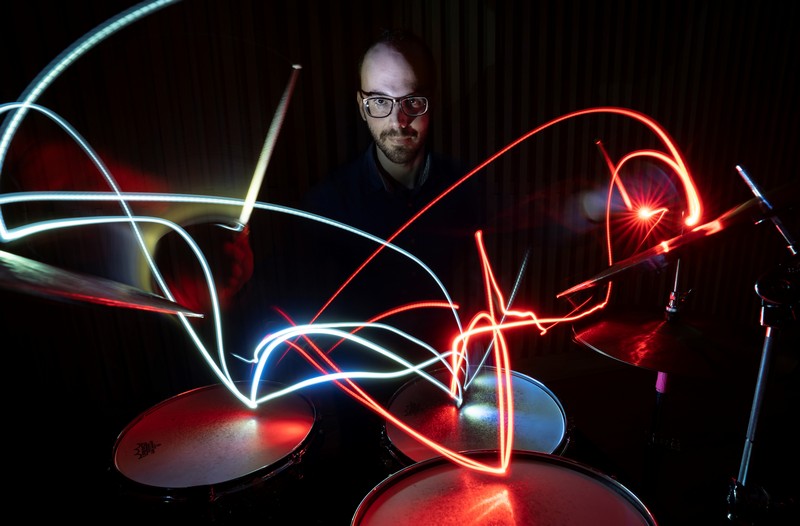 If you are a fan of Jazz then you are going to love the Jazz Album entitled "Discovery" by Marton Juhasz. This will remind you of "Mo betta blues" sou

Color Coated By Lokye Is Weird But Exciting!
8. Its All about The “Dollar and a Dream” by Lailo
Get to Know Why Lachi is “Selfish”

If you are a fan of Jazz then you are going to love the Jazz Album entitled “Discovery” by Marton Juhasz. This will remind you of “Mo betta blues” sound track. He definitely is bringing what you would call “authentic Jazz” back. The horns, the bass, the grand style piano and beautiful voices all combined to synchronization is simply unbelieveable in this day and age. Marton out did himself with this album. You simply cannot get enough of this Jazz. Eat your heart out Louie Armstrong cos Marton definitely brought the Jazz soul back to life.

He explained to us what each track was basically talking about or what they represented. check it out below

He tells us why he entitled the Album “Discovery”. He chose this title not so much because it reflected the music but because of it’s a reflection on the process of finding some kind of personal compositional voice and being comfortable with exposing it to the world.

“Sea of Uncertainty” represents the chaotic and self doubting uncertainty that is inherent to the creative process and life of a freelance artist in general.

The Curve – This was inspired by the idea that there are a number of exponential processes that are underway globally (climate change, debt, overpopulation, habitat loss, environmental destruction etc.) and we are about to hit the steep slope – curve – of these graphs. Also, I like the idea that if you ascend high enough from the Earth you begin to see the planet’s curve.

Little Prayer – This one is an attempt to acknowledge the mystical even during the mundane and frustrating times like waiting in a traffic jam.

Levian – was inspired by a dream I had where I was underwater and in contact with a very alien looking and seemingly fully conscious whalefish.

Industry – is a juxtaposition of a native way of living. (Choir)Industrial-economic processes (bass lines) that eventually poison the habitat.

Stino – I wrote this one for a friend – a fantastic jazz guitarist who one day decided to make contemporary hip hop albums instead.

Wolves Gather Around a Winter Moon – subtitle for this song is “Angels Pass By”. I wanted to write something to contrast a dark, primal, animalistic scene with a flyby of a group of angels – effortlessly dividing and shining over the darkness.

Strange Glow – This is trying to capture the eerie feeling of going home on empty streets late at night on a late Autumn evening. I’m always struck by how ominous everything looks under street lightning.

Run – subtitle is “away” – This song is about running away from harm – no destination, just run until you collapse from exhaustion and then lay there on the ground because you just can’t move anymore.

He can also be found on the following social media