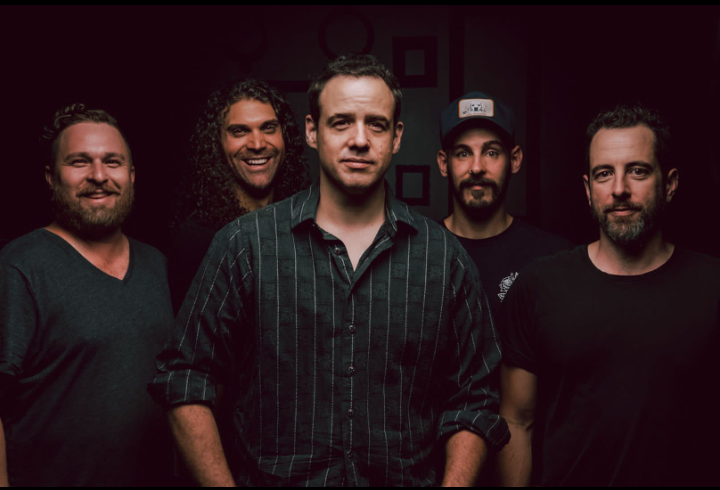 Hello Fiasco is a firebrand Pop Rock group of five that has it’s core from Canada and the USA. Their debut album titled “Find the Shoreline” is an absolute worldie and the track “Hold me Close” comes from it.

The world of music has always been spiced up when exceptional artists come along and surprise us. Once again, the world of music has been blessed by Hello Fiasco. Hello Fiasco is a firebrand Pop Rock group of five that comes from both Canada and the USA. They are on the rise and without flattering them too much, Hello Fiasco is great! Their tracks have tons of lyrical quality and their overall sound is epic. Apart from the uniqueness that can be found in their tone, you might think they are Cold Play.

Their debut album titled “Find the Shoreline” is an absolute worldie and so is the first single from the album: “Hold me Close.” “Hold me Close” is not just a hit song in my opinion; it goes beyond that. It is a banger and a mix of indescribable artistic beauty all at once. The highly-rated and emerging band were fortunate enough to have worked with some of the best of producers and sound engineers in the music business, and the result is songs like “Hold Me Close.” Much to the delight of fans, topafricmusicvideo did an interview with Hello Fiasco, and this is what they had to say about themselves:

Q: Can you please tell our readers your real name as well as your stage name?
We are a 5-piece Pop Rock band named Hello Fiasco from both Canada and the US.

Q: At What age did you start making music?
There are five of us so all different ages.

Q: what genre would you consider yourself?
We are definitely a Pop Rock Band.

Q: Tell us about your latest track or Video ( what is it all about)–Please explain the concept or message
The song “Hold Me Close” is the lead-off single from our debut album “Find The Shoreline” that comes out this August. We are super excited and proud of the fact that the song already has 300,000 streams on Spotify and that the official video already has 100,000 views on YouTube. The song is about something that most people in a relationship can really relate to these last years, especially after being trapped inside for so long…during the beginning of COVID. It’s about how we all got locked inside for a while, and how we all got stuck together because of the pandemic. But in particular, the song is about how COVID and being trapped inside put tons of strain on our personal relationships. Of course, the song is also a metaphor for those who choose to make this mistake at any time, regardless of COVID. Many of us have done this before – including me – and we all need a reminder to keep doing new things with our partners and loved ones, or else things go bad. I think that many of us have figured out how to escape the pitfalls of Covid and that relationships sometimes fall into, but many of us haven’t. I think the video depicts this really well. We chose to give the video version a Hollywood ending because we believe that there is always hope for everyone and everything.

Q: Who wrote it and what was the inspiration behind it
The track was written by all 5 band members and our producer John Paul Peters. He writes and produces everything with us.

Q: If you were given a chance, which Artist would you love to perform with?
Well, that is a tough one, but there are a few of us in the band that would for sure like do a show with either The Killers, Muse, Pearl Jam, The Arkells or Cold Play.

The Track: Hold Me Close

Since the track was released early to Spotify on the 5th of May, Hold Me Close has been streamed over three hundred thousand times of major streaming platforms. The album itself, “Find The Shoreline” now has 1,200,000 plays, even though it is only set to be released worldwide on August 4. The song “Hold Me Close” is flavored with rhythmic synth beats, well timed rimshots and drum kicks, beautiful piano syncopation and a powerful but sonorous voice to match it all. At first, the song starts with a syncopation of synth beats as the voice of Hello Fiasco emerges into the background. Fast forward to the end of the first verse, there is a moment of beauty, as the song explodes and spirals into the chorus. The sudden wave of sound hits differently and sends you straight to cloud 9. Click the link below to stream the track.
.

Lyrically, “Hold me close” is a masterpiece and can be found on Hello Fiasco’s official website. Overall, the hook of the song “We do the things that we’ve done over and over before, a new experience is all that I’m asking you for” paints the perfect picture of  what the song is trying to say.

Below is the lyric of the song

Why don’t we step outside -Take a car ride

Why don’t we catch a flick – Maybe we will click

Like we used to way back when we were new

A new experience is all that I’m asking you for

Hold me close and help me remember

Should I have shared the shame

Have I been wrong to blame

My courage it comes in waves

And then it pulls away

A new experience is all that I’m asking you for

Can you hold me close and help me remember

Can you hold me close and help me remember

On YouTube, the official video of Hold Me Close has recorded over one hundred thousand views since it premiered in May. The video has also received a lot of positive reviews from fans and music lovers alike. Visuals of the hit track involve alternating scenes of a couple who are struggling, but eventually they find their way to happiness. It’s great that you get to see the band performing the song in different scenes. All of this was somehow crammed into 3 minutes and 42 seconds of absolute delight.

Here is the video below

Prior to 2021, ex-members of The Mailman’s Children collaborated with other Canadian musicians to record 23 original songs. The freshly formed Pop Rock band, Hello Fiasco, made their public debut at the beginning of 2021. Hello Fiasco is primarily Canadian, but the music band is also referred to as a “North American” band  because their lead singer Eric LaBossiere was born in Canada and now resides in the US. The rest of the crew including Joel Couture on bass, Joel Perreault on lead guitars and supporting vocals, Ivan Burke on drums and backing vocals, and Guy Abraham on keys and Ableton all reside in Canada.

On August 4, “Find The Shoreline,” the group’s debut album, will be made accessible globally (2022). John Paul Peters, a renowned Canadian producer, and frontman Eric LaBossiere collaborated on its co-production.