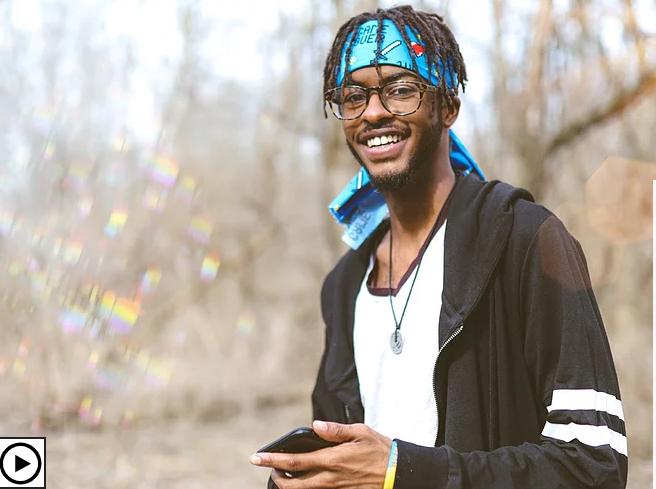 The track "Front Page" was my favorite. The beat was dope and reminded me of "Outkast - Rosa Parks".

His stage name is Chaos1.0 but his real name is Jeffrey Rucker. This charming and witty scorpio hails from Dayton, Ohio and was born on the 27th of October, 2001.
Chaos1.0 who is also known as “Kayo” is also an aspiring actor who dabbles into different aspects of the entertainment world. If you check out his youtube channel you will see him doing not only music but also interviews which shows his versatility.
He recently released an EP entitled “Dawn: Kayo’s EP”. This EP has about 6 wonderful tracks and features two other artists who go by the name CFO Hustle and Lil C

The track “Front Page” was my favorite. The beat was dope and reminded me of “Outkast – Rosa Parks”. The rapping was on point and the lyrics were very well thought out. Check out this particular and I gurantee you that you will become a Chaoas1.0 fan.

Chaos1.0 has been molding his sound since the age of fifteen and his musical influences are: Saba, Bill Withers, and Childish Gambino. He has a mellow style and punches a mean hip hop flow with his rap game as well as lyrics. You can feel his energy and cleverness once you listen to his music.
So watch out freshmen because Chaos1.0 got next to blow.