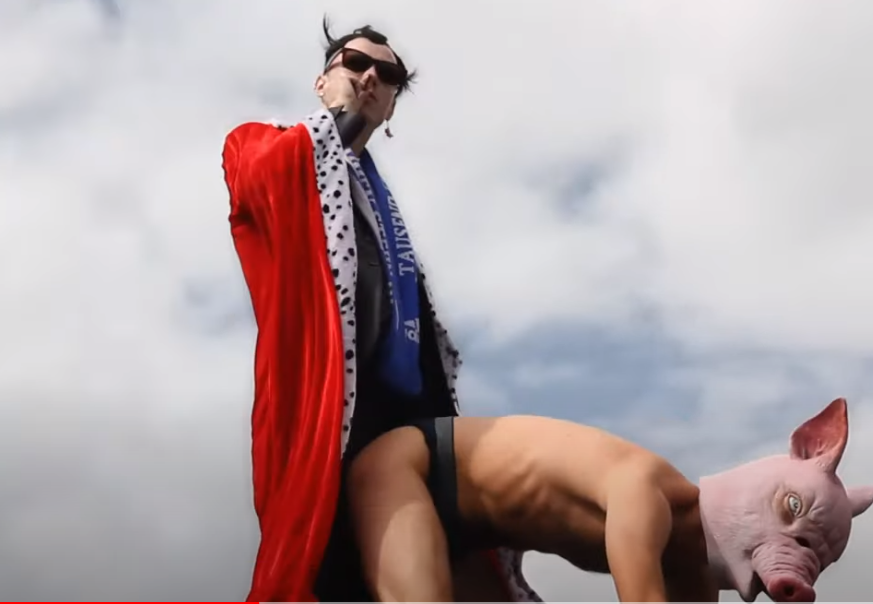 It’s Possible By Flexy Hits Over 30,000 views on Youtube instantly
11. The Big Review: Get “Drunk in Love” with Maricelle
Powerful Message From The Group SaYreal

Rheda-Wiedenbrück – “I am the king of pigs. I want it for myself I sweep the messes under the table in my slaughterhouse and lower the prices. I don’t care about the others,”. Those are some of the lyrics (Translated in English) from German rapper who goes by the name “Deezel” but whose real name is René Benzin.
In his song “Der König der Schweine” he sharply denounces the meat company called “Tönnies” from Rheda-Wiedenbrück (a city in the district of Gütersloh, in North Rhine-Westphalia, Germany )and their Managing Director “Clemens Tönnies” .

The fact that rappers do not hold back in their lyrics and their choice of words often making some listeners blush is nothing new in 2022. The rapper Deezel from Rheda-Wiedenbrück also doesn’t mince his words in his “Tönnies-Diss” called “Der König der Schweine” and shoots sharply at the controversial meat mogul from his hometown.

In the song he criticizes, among other things, the working conditions in the Tönnies factory, the behavior of Tönnies boss Clemens Tönnies and the suffering of the animals caused by factory farming. In the hit song, for which there is also a music video on YouTube , René Benzin aka Deezel raps , among other things: “The cattle have to die so that I can turn them into cash even if they are genetically close to me. Brokerage companies supply me with factory workers non-stop from the backyards. The victims work 10-hour shifts at their cheap wages and I get richer.”

The reactions that Benzin has received to the song “The King of Pigs” and the accompanying music video on YouTube are “almost overwhelmingly positive”. The video is getting close to 4000 views on YouTube. In the comments you can find messages like “Great text, heavy beat and a successful video” or “Thank you Deezel for enriching our thinking.”
Benzin, who has been a vegetarian himself for two years, is not only interested in the subject of “Tönnies” because of his hometown but wants the company to change its corporate culture and hopes that pressure from the public and politicians will increase to achieve the goal.

Benzin hopes that the song will make a tiny contribution to raising awareness of the topic.