1. TMV Countdown Show EP7- River by Ibeyi, Everything You Need To Know About Amazing Sisters “Ibeyi”

The video for Ibeyi's song "River" is, honestly, frightening but still very powerful. In the video, Naomi and Lisa are being held down under water the 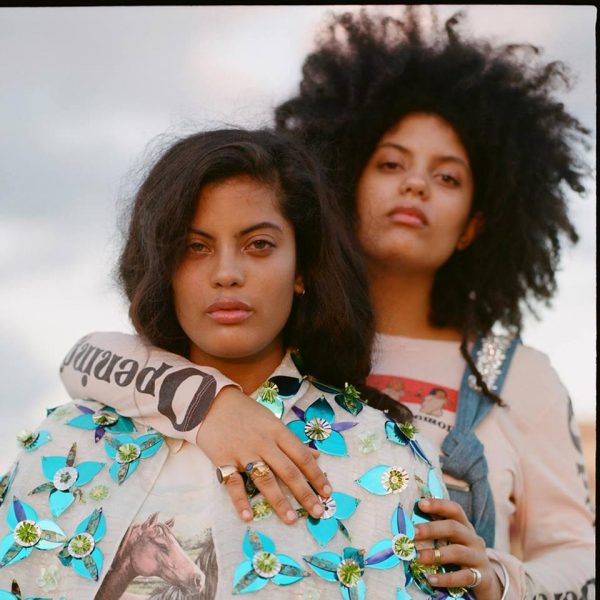 The video for Ibeyi‘s song “River” is, honestly, frightening but still very powerful. In the video, Naomi and Lisa are being held down under water then pulled out when it is their time to sing. The video kind of gives us anxiety, in a good way.

“It was really really hurtful but we knew Ed Morris the film and music video director is amazing,” Naomi said. “We really love him and when he came with this idea we were like, ‘Yeah! Let’s do it,’”

“As female artists, we wanted something twisted… something that is stronger, powerful and with water and he came with this idea and we were like, ‘Let’s film this now!’” Lisa-Kaindé said.

Their music combines elements of music from their tradition including French, Afro-Cuban and Yoruba with jazz beats and modern samples. “I knew that I wanted something really intimate and something organic. And that’s what we did,” Lisa-Kaindé said.

“Before the album, I was listening to James Blake and for me he is wonderful,” Naomi said. “And to have hip-hop influences because I’m a huge fan of hip-hop. It’s what I’m listening to on a daily basis.”

Ibeyi is a French-Cuban musical duo consisting of twin sisters Lisa-Kaindé Diaz and Naomi Diaz. The twins were born in Paris but lived in Havana the first two years of their lives. Then, they moved to Paris to pursue their education. They often visited Cuba yearly on holiday but were primarily raised in Paris, where they currently reside. Their father was the famed Cuban percussionist, Anga Díaz. On his death in 2006, Naomi, then aged 11, learned to play his signature instrument the cajón. Together, the sisters studied Yoruba folk songs. [amazon_link asins=’B00PNG4AWA’ template=’ProductCarousel’ store=’nicolas0f-20′ marketplace=’US’ link_id=’22f63326-4aac-11e7-8d44-f9955752dceb’]

Their mother is French-Venezuelan singer, Maya Dagnino, who serves as their manager and encouraged Lisa-Kainde’s songwriting. In 2013, they signed to the record label, XL Recordings. In 2014, they received attention for the video for their album’s second single, “River”.

The duo sings in English and Yoruba, a Nigerian language their ancestors spoke before being brought to Cuba by the Spanish to be made slaves in the 1700s though Lisa’s is the lead voice, Naomi plays traditional Peruvian/Cuban percussion instruments cajón and Batá drum, while Lisa also plays the piano. In the Yoruba language, Ibeyi (Ìbejì) translates as “twins”.

In 2016, the twins appeared in the short film for Beyoncé’s album Lemonade as members of Beyonce’s farm utopia that offers a safe space for black women.

The duo draws their influence from their father Anga Diaz and also artists like  Frank Ocean, James Blake, and King Krule.

Connect with Ibeyi on her social media platform