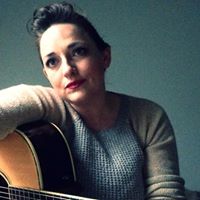 Erisa Rei's Music   It is rare to find a music artist so unique that you have to come up with a new phrase to classify their sound. Such is the case f

Out and Available Now; What do you know about “Chemistry” By The PRT
8 UnderRated Rappers You Must Watch 2019
Courte$y’s “Drop Top” is Climbing to the Chart’s Top 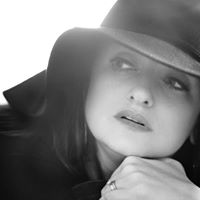 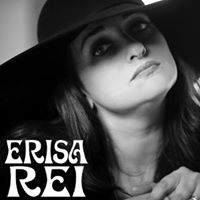 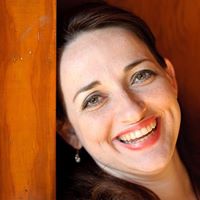 It is rare to find a music artist so unique that you have to come up with a new phrase to classify their sound. Such is the case for Erisa Rei, a professional vocalist and songwriter firmly established in the Americana genre but possessing a sound that can be described only as “homegrown soul”. Whether she is performing at the legendary Blue Bird Café in Nashville or entertaining fans while touring Europe, Erisa’s down-to-earth personality and lyrical storytelling have helped audiences discover a genuine and authentic connection with her.

For Erisa, who is giving away a free download of her music at www.ErisaReiMusic.com, the notion of pursuing singing for a career didn’t occur to her until her college years. She studied dance as a teenager, focusing on ballet and modern dance but also setting aside some time to test the waters in ballroom and swing. She was also putting some of her energy into Christian music and was active in her local church, but when she graduated high school and prepared to begin classes at Lincoln College, Erisa was looking for ways to keep tuition costs down.

“I always thought I would be a dancer,” she explains. “But I enrolled at Lincoln and I decided to audition for the college choir and ended up being awarded a music scholarship.”

So Far…
Erisa hasn’t looked back, having since released two CDs with a third release planned for later this year. Her deeply personal lyrics have always offered listeners a look behind the curtain for a glimpse of her emotions and experiences. Her debut EP, Backwards, dropped in 2007 at a time when Erisa was trying to find her way in both life and faith.

“The tone on the album was blues-like. I had never really listened to much blues rock but when I did start listening to it, I was intrigued,” Erisa recounts. “I began writing my own version of that sonically with the lyrics of what I was going through at the time. I had come to a point in my life where I felt as if the naive part of me had been stripped away and I was reeling, That time period made me question a lot of things about my faith and how I was raised.”

Her second CD, Black Ball, would release five years later in 2012 and explored themes similar to those appearing in Backwards. The CD reached #2 on the Roots Music Report’s Rock Internet charts as well as #26 on Roots 66 International charts.

“It (Black Ball) was the product of going through more stripping down of suppositions
I had made about life,” she points out. “It also touched on ending some toxic relationships that I’d had. Trouble can have a way of getting you down to the bare basics, to simplicity, if you allow it. It’s a very humbling place, but can really help you grow as a person.”

For as much as those two CDs delved into Erisa’s struggles, her upcoming CD, Glass Jar, comes from a much different place and describes the healing process that follows those periods of personal turmoil.

In the meantime, Erisa is getting plenty of opportunities to connect with fans through live performances at venues in addition to performing for fans online. A finalist in the 2016 John Lennon Songwriting Content, Erisa spent part of her life living in Nashville and performed at the historical Blue Bird Café, a venue that has seen performances from some of the biggest names in the industry in addition to being a setting for the hit ABC television show, Nashville.

In addition to performing at the Blue Bird, Erisa has also spent some time touring Europe where she played in cities like London, Paris, Glasgow, and Dublin.

“That was such a great experience,” she remembers fondly. “My mother studied art in Ireland and France and I went on a couple of mission trips so traveling overseas was something I was familiar with. I was happy that some fans and friends came out to watch me when I was there. One even drove 4 hours to come and hear me and meet me. I was honored by that.”

Don’t Fade Away by Erisa Rei

Leisure Time
When she isn’t performing or working on new music, Erisa dedicates much of her spare time to her family. She is married with five children, all of whom are homeschooled, and enjoys cooking most of her food from scratch. She is also an avid gardener.
Considering her warm personality and fondness for appreciating the good things in life, it seems only appropriate that Erisa uses “homegrown soul” to describe her sound.

For more information on Erisa Rei, and for a free download of her music, visit https://www.erisareimusic.com/