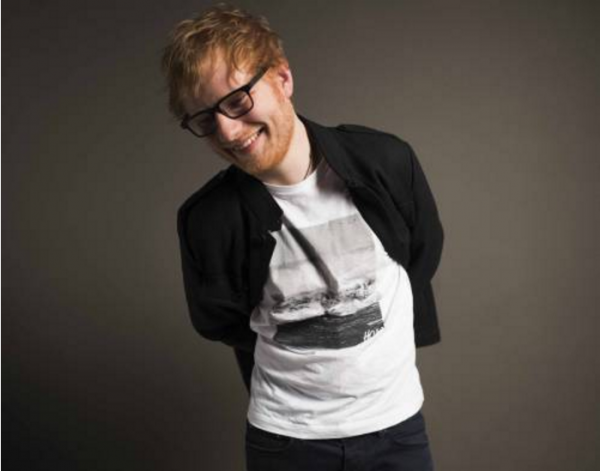 Ed Sheeran Set For A Second Week Of Huge Sales

MP3 DOWNLOAD: Rita Ora – Your Song ft. Ed Sheeran [Acoustic]
Ed Sheeran Beats Take That As ÷ Claims A Fourth Week At Number 1
Ed Sheeran Announces New Single And Lyric Video
Ed Sheeran is on course for a second week at Number 1 on the Official Albums and Singles Chart as his latest album ÷ and lead single Shape Of You continues to rack up huge sales and streaming numbers.

Since the album’s debut at the top spot last Friday, the singer-songwriter has tallied a further 158,000 sales across physical, digital and streaming. In case you missed it last week, ÷ became the fastest-selling album ever from a male artist last Friday, while also breaking several other chart records. ÷ keeps Rag’n’Bone Man’s Human in second place at this midweek stage.

Over on singles, Ed holds the Top 3 spots, led by Shape Of You at Number 1 and followed by Galway Girl (2) and Castle On The Hill (3). A further three of his tracks are still inside the Top 10, while the remaining ten are scattered across the Top 40. Tickets for Ed Sheeran’s tour on sale here.

Laura Marling’s Semper Femina is new in midweek at Number 3. Should Laura hold onto the position, it’ll be her fifth Top 10 record.

Three more new releases are on course to impact this week’s Top 10: Soft Cell/Marc Almond’s Hits and Pieces: The Best Of starts at Number 7, Circa Waves are on course for a new personal best with their second album Different Creatures (8), and the Motion Picture Cast Recording of Beauty & The Beast enchants the Number 9 slot at the halfway stage of the chart week.

Cambridge rock band Mallory Knox are new at 12 with their fourth album Wired, just ahead of US band The Shins, whose fifth LP Heartworms is at 13. The legendary Paul Weller is another artist eyeing a Top 40 entry with his Jawbone – OST at Number 21.

Further down, Wet Wet Wet frontman Marti Pellow could crack the Top 40 with his tenth solo album Mysterious at Number 26, indie-rockers Little Comets are at 29 with Worhead, and The Voice UK coach Gavin Rossdale could land his first Top 40 entry in over 15 years this week – Bush’s Black and White Rainbows sits at Number 37.

DJ Martin Jensen is on track for his first Top 10 hit with Solo Dance, so far up 15 places to Number 10.

‘90s pop group Steps are back and off to a strong start with their comeback single, Scared Of The Dark – the highest new entry on today’s Official Chart Update, opening midweek at Number 11. The band recently announced their 20th-anniversary tour and album coming later this year. With two Number 1 singles and three chart-topping albums under their belt, Steps’ last Top 40 hit was 2001’s double A-side Words Are Not Enough/I Know Him So Well.

Further down, three songs could be making their Top 40 debut this Friday: Bruno Mars’ That’s What I Like is up five places to 37, Nicki Minaj’s No Frauds ft. Drake and Lil Wayne is at 39 (the highest charting of her three new tracks released last week), and rising star Julia Michaels lifts four spots to 40 with her debut single Issues.