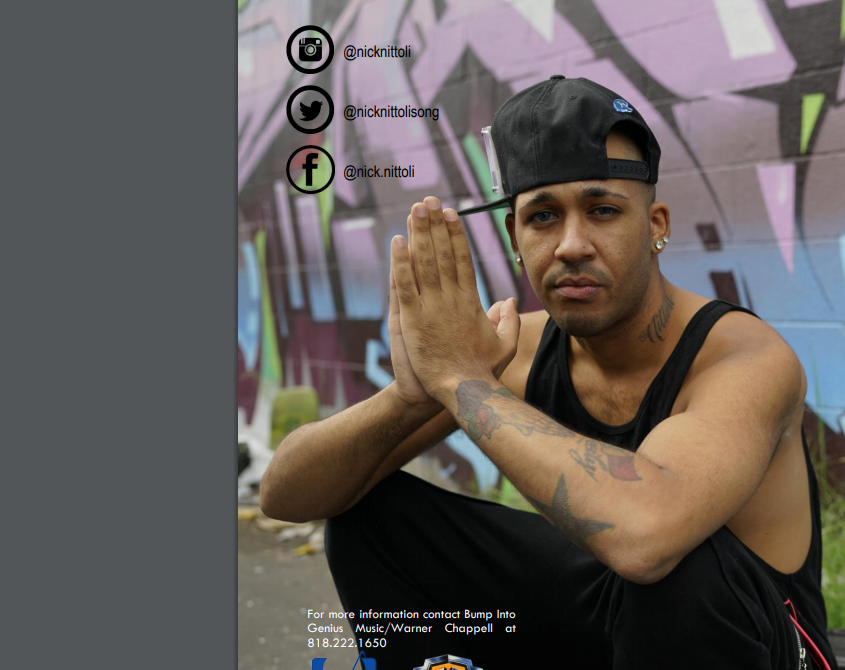 Nick Nittoli is what you would called a lyrical assasin. When you listen to his latest track entitled "Gimme da Money" you will be drawn in with the b

Nick Nittoli is what you would called a lyrical assasin. When you listen to his latest track entitled “Gimme da Money” you will be drawn in with the beautiful hook then bam he hits you with his raw lyrics.

Be careful when listening to it cos he does go straight to the point of what he wants in an explicit way and that is the cheque! the denero! the mula! in simple words “da money”!

You definitely dont wanna sleep on this talent.  He is just as good as Drake or Kanye West.  He is definitly on the rise. Just take a listen below:

Nick is a self taught producer, writer, musician and artist. From an early age his first words were from the Michael Jackson song (Smooth Criminal).

Nick’s draws on the late singer as inspiration, but he allows for originality by putting his own twist to his melodies, and producing and writing in every genre.
Image

You might know Nick from Bravo’s reality competition, platinum Hit (hosted by Jewel with reoccurring judge, Kara DioGuardi). In each episode he was challenged to write & perform lyrics from a variety of genres – hard country to pop ballads. Nick placed 4th (out of 12) in the Competition.