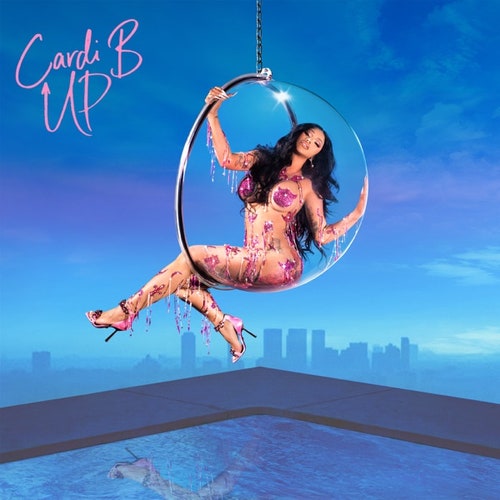 Why Cardi B’s latest “Up” is not a hit

“If it’s up, then it’s up, then it’s up, then it’s stuck” is the best hook the “Up” rap song can ever get and only Cardi B could make it vibe, yet the song is not a hit, it is way beyond it. Since her stunning comeback with “W.A.P” which topped the billboard hot 100 charts, the Bronx-born rapper has not failed to live up to expectation which has further elevated her status as a queen in trap music.

“Cardi B likes the views from “Up” high on the Billboard Hot 100 chart after her latest single debuted at No. 2 this week (chart dated Feb. 20)” were the exact words from Heran Mamo from the billboard. The “Up” hit contains strong language and explicit words which the superstar used in describing her past and how she rose to stardom. However, there is more to the song than it appears to be. The hook of the song is a deliberate clap back to critics of her previous hit, “W.A.P”.

Before we delve into the contingents in the hit song “Up”, let me boldly take you on a trip to memory lane (of Cardi B) for empathy’s sake. Ok, we flew down to her past and landed on July 21th, 2017 where the then 24-year-old rapper who just had over 7million followers on social media had a Q&A on Instagram about her Do’s and Don’ts and why she should post every 2hours.

This Q&A may have stemmed from her past of once being a stripper and her character of having a “no filter commentary”, so fans were fascinated to know Cardi B at that time. When asked if she remembered her first Instagram account she vividly said “yes” and also admitted that she usually posts promiscuous photos of herself and she does rough jokes and curses a lot, thus, making Instagram delete her account on several occasions.

Also, Cardi B was asked to describe herself with three emojis, she went on and blew the minds of her fans that she represents the evil smiley face emoji because she has a mind filled with evil and unethical thoughts, the laughing/crying emoji which represents the humorous part of her and lastly the side-eyed emoji because she gets easily pissed off every single hour daily when people do ridiculous things. She further went on to say that everyone is entitled to his or her own opinion, but they shouldn’t cross the line by assuming things about her and telling her how to live her life.

Furthermore, she admitted that she curses everyone out and usually get depressed when she crosses path with that kind of people. She said there was nothing special about her and having the number of followers at that time makes her feel great. When asked what her best lyrics were and could make the best headline in her opinion, she replied “little b*tch” “you couldn’t f*ck with me if you wanted to” and “if you see me and I don’t speak, that means I don’t f*ck with you” (most of which were cited in the lyrics of her latest song “Up”).

You would expect the thrill to have doused but with Cardi, everything is thrilling. She said in the latter part of the Q&A that it sucks to be a little bit more filtered when asked if there is anything that she would never post. The WAP crooner ended by saying that “she’s always on her phone 24-7, she sees and hears everything and she is the voice on the street”.

This Q&A typifies the real Cardi B that never backing down, always real and ready to fight for what she believes in whether right or not and she has made it known that “no one” can say trash about her or her work.

Most recently, a lot has been said about her and her “WAP” hit last year, with critical comments flying here and there but the Bronx rapper remained unmoved and was emphatic with her next Hit song “Up”, as a sign that haters are not going to get away with what was said.

Her critics in WAP

W.A.P” an acronym for wet a$$ pu**y, received widespread critical backlash around the United States and Europe. The song which featured Megan thee Stallion has a total of over 350 million views on youtube alone and it was believed to be fuelled by its humorously vulgar and shameless erotic video content which births lyrics like “I want you to park that big Mack truck right in this little garage” “drip down inside of me” and a host of other explicit lines. Pitchfork‘s contributor Lakin starling called the W.A.P song a nasty a$$ rap bop while, Los Angeles Times contributor Mikel Woods deemed it a savage, nasty, sex-positive triumph, and a host of other writers, female activists, and social conservative groups shared their displeasure. The later in his article highlighted that James P. Bradly, who happened to be a health industry executive and a Republican Congressional aspirant in California at the time said “WAP” made him want to pour holy water in his ear and went further to say that “Cardi B and Megan thee Stallion is the result of what happens when kids are raised without the knowledge of God and a strong father figure”.

The Federalist‘s Libby Emmons rated the song lowly and gave it a negative review, calling it “a slip ‘n slide down a rabbit hole of grossness” and “incredibly boring musically”. Furthermore, she wrote that it was brash and unabashed, and we were possibly meant to believe it’s endowing, but what it does is dispose of the mystery in sex of mystery and eliminate seduction from the process.

Her response in “Up”

Shortly after being crowned ‘Woman of the Year in 2020’ by Billboard magazine, Cardi B wasted little time with her new song ‘Up’. Its bubbly Southern beat became an immediate rump-shaker, with the superstar seen dancing gleefully in her glitzy new video that was directed by ‘WAP”s Tanu Muino. The hit song “up” is a hip pop written by Cardi B, Joshua baker, and Jordan Thorpe. On February 5th, 2021, the song was officially released by Atlantic Records as the second rap song of her most recent second album.

On its debut, the hit solo rap was ranked number two on the Billboard top 100 charts, making the rap star the second female rap artist who has achieved that feat since Lauryn Hill‘s hit song “Doo Wop (That Thing)” in 1998. The Bronx-born superstar revealed in an interview with Apple Music‘s Zane Lowe, that the song was influenced by the Chicago drill music which also inspired her first mixtape called “Gangsta Bitch music vol 1”.

Lyrics of the “smash hit” “Up” contains enough lyrical clap back for all her haters and still had enough fuel to make an explosive hit. Starting from the opening line “once upon a time men, I heard that I was ugly” I knew she was up to something. The thuggish braggadocio which she has tried to suppress has overwhelmed her again and this time it was triggered by people who have crossed the line in her opinion. Click here to view the lyrics of Cardi B’s Up.

Some of her clap back lyrics are; “Bitches say they fucking with me Chances are they probably not If I had a dick ya probably lick it like a lollipop” and “Bitches ain’t fucking with me now and I can see why Dirty ass dusty ass bitch you got pink eye Bitches want smoke until I bring it to the doorstep Tell that bitch bag back breath smell like horse sex“, with this lines she responded to the female folks who were critical of her lyrics and how it has brought the female gender backward, by saying she don’t give a f**k about their opinions.

She indirectly called the guys who were critical of her song (WAP) hypocrites and pretenders with this line in her song “gotta argue with him cause a nigga love a toxic bitch, Niggas out here playing, gotta make him understand If it ain’t no ring on my finger you ain’t going on my Gram” and she ended that verse with “Hit him with that good good Make a nigga act right Broke boys don’t deserve no pussy“. That is low Cardi! To her fans, this will come as no surprise because this is typical Cardi B, she takes no prisoners in this song and lets it all out in her way. “Up” is raw passion and emotion in a nexus and only Belcalis Marlenis Almánzar can ride “Up” on that wave.

The song was meant to hit the shockwaves of the music industry, I mean, it already has, giving the number of views, reviews, and download it has, but the real intent was to suffocate her haters and fans alike. Depends on which category you fall into you either get thrilled or annihilated. This is the “pro-max” of hits, it is not your regular!