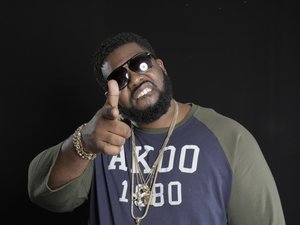 954 is The Code, Get to know Fort Lauderdale’s Dope Indie Rapper, Big Griff

BiographyBorn and raised in Ft. Lauderdale, FL. Earnest Griffin Jr. always had an ear for good music. He listened to all genres of music and would deb 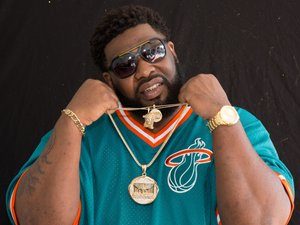 Born and raised in Ft. Lauderdale, FL. Earnest Griffin Jr. always had an ear for good music. He listened to all genres of music and would debate about what group or artist was better than the next. In 2001 he joined the USN where he tried his hand at being a manager for a local artist from Atlanta, GA.

During this time he fell in love with the writing, recording, and executing of a music project. Leaving the Navy in 2006, Earnest, now known as Big Griff, moved to New Jersey where he landed a 360 based deal with the record label Artistic Reflect. While on the label, he learned more about the writing and delivery process in the studio which pushed him to the forefront.

In 2011 Big Griff made his way back home to Ft. Lauderdale, FL. His name started to heat up in the streets of Broward County. Big Griff dropped the track called “Come Home”, which he received great reviews for. Even though he received good feedback, after dropping the track, Big Griff wasn’t sure if rapping was for him.

He decided to go on a hiatus but still continued to write rhymes. He received a phone call in 2015 that made him realize he needed to take his talents of rapping to the next level. Big Griff surrounded himself with a great team and dropped a track and video for “FATBOI2COOL”, which can be found on any audio retailer.

FATBOI2COOL Video by Big Griff  The success of “FATBOI2COOL” has pushed him to the top of the Ft. Lauderdale charts and also landed him the opportunity to write tracks for indie films. Big Griff is making major moves in Broward County and in the music industry, now, and for many years to come.

This track is a deep rap flow that’s very easy to relate with. here Big Griff is showing love to his city which brings about the track name “954” which is his city code. This music is a fusion of hood rap and proper flow that could get anyone nodding in affirmation.