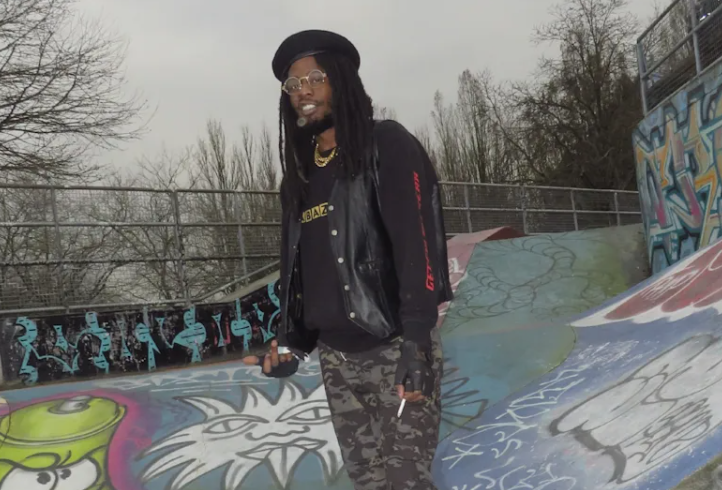 The track “Buttermilk” took me way back to 1998 when Mos Def & Talib Kweli released the album titled “Black Star”. “Aktu el Shabazz” sounds exactly like a mixture of Mos Def & Talib Kweli put together. Immediately after hearing 30 seconds of the track, my mind and soul went straight back to 1998 Texas Southern University which was the school I attended and I truly had an out of body experience.

“Buttermilk” brings back the euphoria and nostalgic feeling I had back in those school days when I would be driving in my Ford expedition with my hip hop music blasting really high from the car speakers and everyone on campus staring at me as if I was crazy. “Aktu el Shabazz” must be a reincarnation from this era because his voice and style of rap truly takes you back to the 90s.

The track is smooth and cool to any listeners ears as the baseline drops and “Aktu el Shabazz” drops his lyrical genius right on the beat. He starts the track with the hook which says “smooth like a buttermilk biscuit” and then drops a verse which is truly smoother than a Buttermilk biscuit. He further went on to dribble our minds with his rhythmic words and melodic flow. He truly can rap better and faster than most of the popular rappers we know.

This is true hip hop at its best and a true rapper who spits really good verses that make alot of sense. He will have you glued to the radio all day long just with his slick voice, thoughtful words, and banging beats.  I have no doubt in my mind that he was heavily influenced by rappers like Lauryn Hill and Common
Dont only take my words for it but please listen to the track on Spotify and judge for yourself.