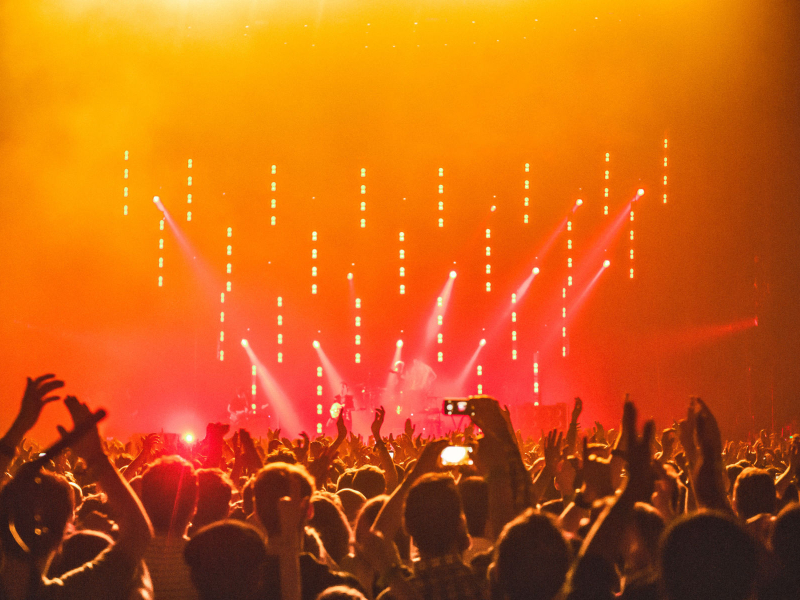 7 Places All Music Lovers Should Go At Least Once

Get To Know Hawk Music
13. NG Black and His Various Artist From all Around the World with the Song Titled: Underground Legend.
Silas Luster – Moldamentions By The BuLife

No wonder William Wordsworth was mesmerized by the melancholic strain of the solitary reaper in the Scottish Highlands that he didn’t understand but contemplated deep in his heart. That’s the beauty of music! The evolution of certain genres of music has been endemic to a place. However, very few places or cultural centers are actually able to hold on to the legacy. The old schools with their efficient masters and platforms to perform have kept the musicians going for centuries now. Here is a list of 7 places all music lovers should go at least once.

If you are a classical music connoisseur, you should have the ‘Music Tour of Vienna‘ in your bucket list. The Mozart House and ‘The Beethoven House’ are a testimony of the great musical history that Vienna boasts of. True to the legacy of the concert halls, musicians like Mozart Beethoven, Brahms, Wolfgang Amadeus, Joseph Gilles and the master violinist Antonio Vivaldi who still holds a place in the heart of music lovers, spent a considerable fraction of their lifetime in Vienna. If you are keen to spend a romantic evening with your partner, you should add ‘Wiener Konzerthaus’, ‘Theater an der Wien’ and ‘Stephansdam’ to your itinerary.

Tennessee’s Memphis is the abode if blues. If you keen to experience music that tantalizes your soul, this is one of the best places for you. The city is home to some of the finest musicians-Elvis, B.B. King, Al Green, Justin Timberlake. In Memphis, you don’t need guidance to find a good spot to hear soulful music. It’s just there everywhere. The Beale Street neighborhood is home to many Afro-American clubs and bars with B.B. King’s Blues Club as its epicenter. No wonder W.C. Hendy, ‘The Father of Blues’ fell in love with Memphis and composed ‘Beale Street Blues’ as an ode to this place.

The rich cultural and musical legacy of this Italian city was recognized by UNESCO when it declared it ‘City of Music’ in 2007. If you are in Bologna, don’t forget to frequent wine bars with live music. The city houses the International Museum and Library of Music. The legends like Rossini and Verdi have performed in the Opera House and ‘The Teatro Comunale’. If you have a knack for conventional music, you should visit the city during ‘Robot Festival’. Held in Autumn every year, hundreds of artists showcase their talent in electronic music and digital art during the feat.

With the invention of phonograph, the French have always created havoc in the world with their melodious recorded voices. The city of great chanteurs and chanteuses like Sacha Distel and Charles Aznavour, Paris is the cradle of cabaret and jazz music. You can drink and dance to the tunes of excellent jazz musicians in the clubs. You can schedule a visit to ‘Paris Opera’ and ‘Paris Conservatory’. Music is an integral part of the Parisian churches. The grandiloquent Cathedral Notre Dame houses a famous organ dating back to 18th century, that echoes the glory of God during prayers. One can also easily spot musicians in public places well versed in rock, rap, Bal-musette and hip-hop style songs.

Vegas is a paradise for EDM (Electronic Dance Music) lovers worth the visit once in a lifetime rather than tuning in on to your internet radio brought via The Smart Future. Over 300k visitors head to the Las Vegas Motor Speedway to witness aerobics, feature arts and move onto the tunes of some of the fines EDM DJs in the world. So, are you excited?

For all the Opera buffs and EDM lovers out there, you have to visit Milan once to immerse in the live music played in the various concert halls and public places. Opera and Italian nightlife are inseparable like cheese and wine. If you are heading to Milan, don’t forget to add ‘Teatro alla Scala’ and ‘Auditorium di Milano’ to your itinerary.

What would happen to a place stuffed with migrants and slaves from Africa and their Spanish rulers? If you are guessing about a thriving generation of mixed race, then you are correct. However, a mixed race also means an amalgam of cultural diversity well reflected in music and dance in the Cuban capital. Musical genres like mambo, Cubano and cha-cha-cha evolved over time in this city and you can experience the live music in a bar like ‘Buena Vista Sovia’.

If you are a music lover with an eclectic taste in world music, you should definitely visit these cities once in your lifetime.