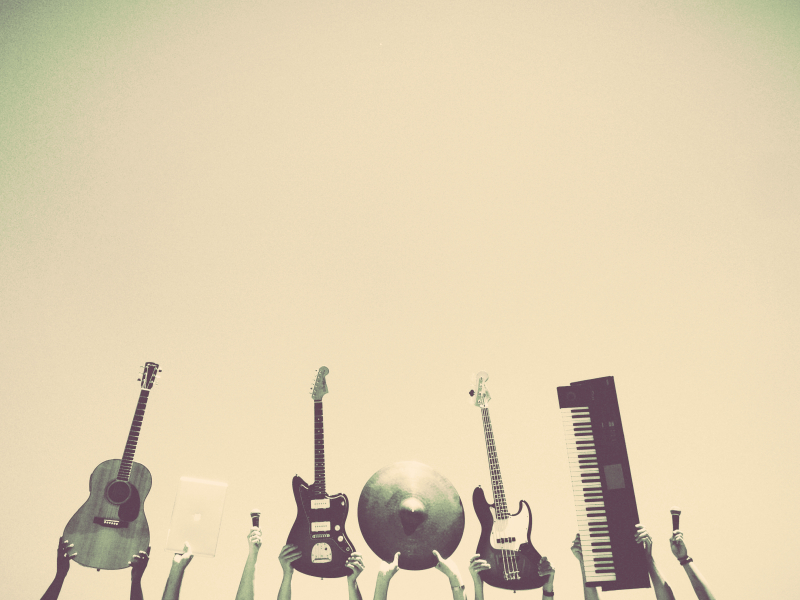 7 Indie Artists That You Need to Hear!

7 Indie Artists That You Need to Hear!Like, right now. Literally, go and listen to these underrated music-makers after you read this..  Before we get

7 Indie Artists That You Need to Hear!

Like, right now. Literally, go and listen to these underrated music-makers after you read this..

Before we get to the amazing artists to follow, let us get something straight. We’re pretty sure it is very rare to find people who actually appreciate Indie music. This genre/ artist categorization hasn’t received the applause it deserves. Indie artists strive to make music that is unique and are usually known to add their own twist to conventional songwriting. Watchout, mainstream pop, folk and rock; these talents are coming for your throne! (Once you realize how amazing they are, of course).

This is the band that almost didn’t exist as it started as a solo project at first, but later transformed into a four-member band. Led by singer, Dan Smith, the band has made quite an impact to the Indie world of music. After being coincidently being named after “Bastille day”, and the lead singer’s birthday, the band has a solid image. Songs like “Pompeii” and “Bad Blood” (No, not the Taylor Swift one) which hit the charts for a while had been later thrown away. Bastille makes music that is hardcore but reaches to one’s soul simultaneously. You won’t regret checking out these hits.

“Oh, come on let’s get started, all your problems disregarded, oh!…” Oops, we’re sorry, we can’t seem to get those lyrics out of our minds. Dylan Gardner, both an avid musician, singer and songwriter, has the whole package. Being only the beginner age of Twenty-one, he has made his place with songs like “Let’s Get Started” and “Too Afraid to Love You” from his debut album,’ Adventures in Real Time.’ Along with his handsome physical appearance and juggling talents, Dylan’s songs have a raw and relatable sound. These songs provide you with both the want to be groovy and soulful meaning in the lyrics as well. Although his first album did well, he hasn’t really received as much recognition as he clearly deserves as he can still only be seen covering popular songs on the video sharing platform, ‘Youtube.’

Another four-member English band, ‘The 1975’ have been playing together since 2002 (Literally, as teenagers!). After struggling with four EPs and the release of two albums, the band won the Brit Award for Best British Group. The music they produce consists of the youthful aspects of sex,love and fear combined with an  alternative rock sound. Gaining their roots from Black American music, the band revives the stripped-down vocals. However, not many people are aware of their brilliant and idiosyncratic music. Songs like ‘Milk’ and ‘By Your Side’ showcase how much you’re missing if you haven’t familiarised yourself with them yet.

Known for lead singer, Florence Welch’s powerful singing performances and their eccentric production full of dramatic elements, Florence And the Machine rose to recognition after being heavily appreciated by BBC amongst other media outlets that praised their music for their individuality. With songs like “Never Let Me Go” and “Too Much Is Never Enough,” they’ve provided the world with an exquisite and calming sound that sets one’s mood immediately. With Welch’s vocals and the band’s skillful interpretation, this band is a no brainer winner. This group provides more than a few ways to love them.

With their soothing and long beginning interludes, Kings Of Leon are an American band consisting of three brothers and their cousin. Lead vocalist, Caleb Followill gives strength and a sense of idiosyncrasy (Indie music is known for its individuality, another reason to love it) to their music. Their song, ‘Find Me’ is a solid hit and is loved my millions. What are you waiting for? Head on to listen to this underrated band and let realization hit you.

A Swedish “pop-export”, Tove Lo is a singer-songwriter that blew music lovers away with one of her best songs, Habits (Stay High). She is known to be dubbed as the “Saddest girl in Sweden” for her grungy and raw take on the world of pop music. Amongst the others in this list, Tove Lo’s music is probably the most idiosyncratic. She is consistently showcased as an artist that isn’t afraid to showcase her emotions through her music and her lyrics. Other than that, her songs seem to be complex but relatable at the same time.

We all know the hit, ‘Summertime Sadness,’ that was on every club’s playlist back in 2013, but is that all there is to Lana Del Rey? Because we’re pretty sure she’s more than just a one-hit wonder. Her music is widely known for the cinematic quality it possesses. Lana Del Rey’s music screams of the fifties and sixties Americana making her an icon of vintage glamour and melancholy in today’s state of mere cliches of pop music. She has been associated with not only one, but five genres, including Baroque pop, dream pop, trip pop, indie pop and rock. Lana Del Rey provides one with a classy and soothing sensation received through her drama-filled songs. Speaking of vintage, if you’re looking for everything that and vinyl, head on to www.vinylvintage.net

The artists mentioned are all talented members of the music industry and all though there are many other that haven’t made the list, the ones mentioned stand out to us the most. From unconventional music videos to soulful lyrics, these artists have it all. So, our job here is done. Go ahead and enjoy the various Indie bands and singers as you stray away from mainstream music genres.