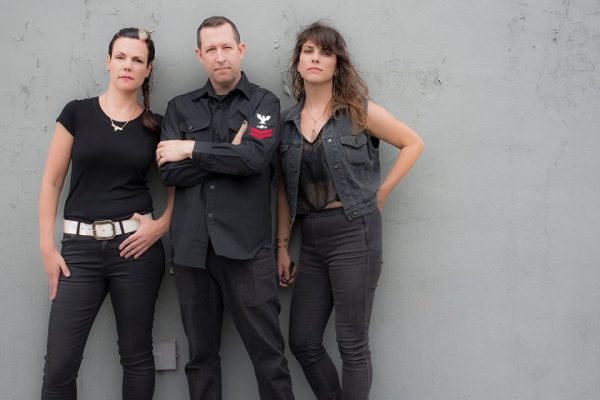 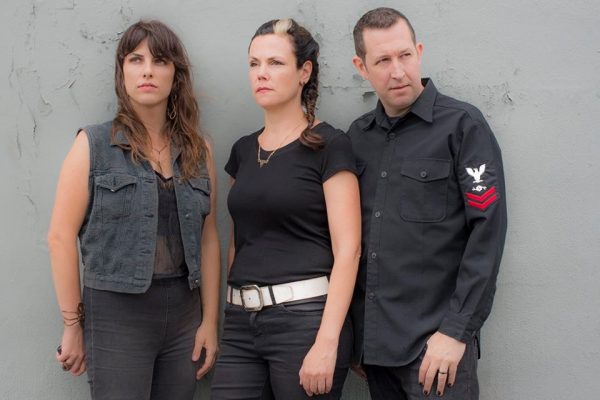 Castle Black is a Brooklyn-based rock trio, bringing a powerful and thunderous sound, full of hard-hitting jams, never sacrificing the hook.  Described as drawing from punk, post-punk, grunge, alternative and new wave, Castle Black refuses to be pinned down to a genre.  The sonic experience is unique, with each song having lyrical purpose, telling a different part of the master picture.  Aggressive female vocals, roaring drums, canny bass and guitar-forward jams collide, staying in your head for days on end.

They have been described as “the kind of band you want to catch on the way up” (New York Music Daily), their “hard-hitting beats reminiscent of Hole’s best songs” (Indiemunity).   Castle Black is “capturing the NY sound with a subdued, crunchy Garage-band sound with a slight L-7-esque edge to their own concoction” (Musically Fresh).

The trio released their first EP,  Find You There,  in August 2015,  with a follow-up single,  Dark Light: A Plague Revisited,  released in May 2016.   Their second EP, Losing Forever, as well as their video for Dark Light, was released October 2016.  They will be releasing a lathe record single in April 2017, to be followed by a full EP later that summer.  Castle Black plays regularly in New York City and New Jersey, including having played both North side Festival and the Jersey Shore Festival in 2016.  The band has also toured further, including stops in  Washington DC, Virginia, Pennsylvania and Connecticut.  Their songs have been played on both domestic and international radio shows, including Grrrl Power Hour, Banks Radio Australia, Vulcan Sound Radio, Rock Radio UK, The Rodent Hour and many more.

About The Track Dark And Light

The concept behind Dark Light was to have these two very different scenes, one where the band was playing all dressed up and dramatic, and the other where the band was clearly struggling through something, for survival. The two scenes would then be linked by the water/cleansing scene toward the end. The whole idea was to show the spirit of the song, which is ultimately about struggle through destruction, change, perseverance, ideals.

“The whole idea is of the opposing forces – dark and light – coming in and out of one’s life,” Celent says.“The song is essentially a song about cycles, kind of a dual story, equally applicable to relationships as well as to societal issues,” lead vocalist and guitarist Leigh Celent says. Celent is backed up by the talented bassist and vocalist Lisa Low and the powerful drummer Matthew Bronner.

“The parallel meaning of the song is being really unhappy with the state of affairs in society, breaking it down, trying to make it work for you and then completely destroying it all, trying to build something better.”

Connect with Castle Black On Their Social Media Platform