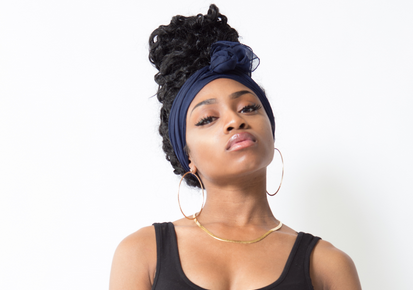 10. Kai Love & Savant Furlow About To “Go Off”
Music By LoopRat: Through the Gradient ft Tonina Saputo
New York Artist Chace Bucks Has Something To Say

[amazon_link asins=’B01KTU4XCG,B071J1ZPMQ,B009LQUMES,B01M9A5KL5,B00G4RV4L2,B0076XT9KG,B071YDFXMR,B06XMZ428G,B01JG8EAFM’ template=’ProductCarousel’ store=’nicolas0f-20′ marketplace=’US’ link_id=’8d4c89ac-5599-11e7-a056-bbdc95183abb’]”Come and See Me” is a  is a song by Canadian recording artist PartyNextDoor, released as a single on March 23, 2016. And we have Stassi here trying to put a twist to the song. I mean from the girl’s perspective. For me, “Come & See Me” is the perfect song to just chill to. It definitely has a traditional R&B vibe to it. So, with every artist out there putting their story into the rhythm and lyrics of this song. Stassi highlights her relationship struggles in the music video for ‘Come and See Me,’. Stassi and her man are happy when together, but when he’s not around, she fares infidelity. Stassi Pryce is an actress, singer, songwriter, and dancer, who has been steadily building her solo buzz. With several independent short films and impactful performances under her belt, she is poised to show the world her multitude of talents.